THE microbes present in TV chef Jamie Oliver’s restaurant kitchens are cool and laid-back, it was claimed last night.

But a spokesman for the chain claimed that all of Jamie’s micro-organisms were totally chilled out.

He said: “Our patented ‘Funky Coli’ are brilliant little geezers, sourced from Jamie’s bodily secretions, who are totally passionate about entering your digestive system.

“That is assuming they’re not off surfing in their microscopic VW camper vans, enjoying a Sneaker Pimps concert with their tiny demographically-diverse germy friends or performing a similarly on-brand hobby activity.

“We can thus assure customers that any vomiting or liquid diarrhoea induced by Funky Coli consumption is trendy.

“Also we are offering a range of official Jamie’s Nifty Barf Bags, ideal for storing your regurgitated stomach contents in an aspirational manner, at totally pukka prices.”

He added: “Jamie’s Gammon Tongue restaurants are all about delicious, locally sourced food, especially the sort purchased from a much beloved British institution and massive supermarket.

“There’s nothing like a big groovy monopoly to make everything really cool for chilled-out small farmers who just occasionally happen to accidentally shoot themselves.”

Crackdown on drivers who don't vote 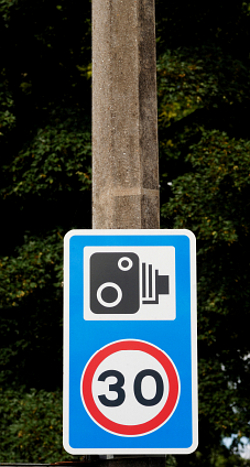 THE government is to overhaul road traffic enforcement to crack down on the sort of people who have no interest in elections.

Transport secretary Philip Hammond said he wants to give the police new powers to target young, aggressive drivers who have never heard of him.

Mr Hammond believes too many decent, middle class people are being victimised for doing nothing more serious than repeatedly breaking speed limits deemed safe by people who have thought about it for much, much longer than you have.

He said: “The prime minister’s friend Jeremy says that hard-working types like you have ‘had it up to here’ with speed cameras that were invented for the specific purpose of stealing your decent, hard earned money and then giving it to poofs.

“Meanwhile you can’t look in the rear view mirror without seeing some greasy faced yob making filthy hand gestures and being ghastly.

“And then, when the police stop them, they’re all like ‘yeah, whatever’ and ‘so what, copper?’. What a way to behave.

“Meanwhile there you are, minding your own business with the cruise control set at 85, being made to feel like someone who is breaking the law.”

From September, drivers who are pulled over will be shown a photo of a random Tory cabinet minister and be fined £100 if they fail to recognise them. Those who do recognise the minister will be assured that their excess speed was obviously an honest mistake and be sent on their way with a cheery wave.

Mr Hammond added: “It is very difficult for decent, hard working people to just go around remembering numbers like 30 and 70. Inevitably this leads many of us to make up to 500 honest mistakes every year.”

The government has also pledged to remove cameras, bumps and speed limit signs from key marginals, except where they are positioned near primary schools with a comparatively small number of brown children.

But critics have stressed that traffic rules should be enforced evenly and that instead of titting about with this namby-pamby on-the-spot fine bullshit the police should be able to just shoot bad drivers right in the fucking knees.

Tom Logan, one of the 14 people in Britain who drives at the speed limit, said: “Make the fuckers pee themselves.”