STARS who left the BBC for ITV have beseeched Jeremy Clarkson to join them in the darkness.

The Top Gear presenter is considering jumping ship to the commercial broadcaster where he will live on forever as a shambling mockery of his former self.

Good Morning Britain presenter Susanna Reid said: “They will give you whatever you want, Jeremy. No matter what.

“They told me I would never age, and I never will. But they didn’t tell me the terrible, terrible price.”

Jonathan Ross, who presents a terrifying Saturday night chat show from his coffin flanked by the cavorting skeletons of Trinny and Susannah, said: “Sign the contract, Jeremy. No, not in… ink.

“You’ll need to use something a little more… vital if you want that money. There’s a cut-throat razor on the desk, next to the quill pen.”

“We all float down here.” 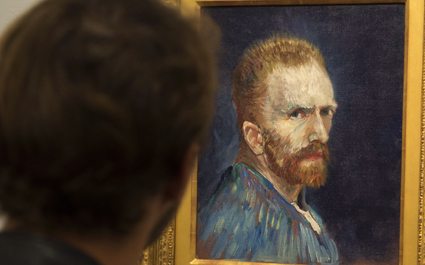 SELF-PORTRAITS by artists including Rembrandt and Van Gogh are to be banned from the National Gallery for encouraging mindless vanity.

The move follows concern that artists over the centuries have been over-obsessed with their own mugging, pouting faces rather than engaging with reality.

Helen Archer, curator of the National Gallery said: “Artists like Van Gogh kept painting their own heads, rather than important things like vases or urinals. It’s pretty annoying when you think about it.

“I blame technology. They should never have invented the mirror.”

The estate of Rembrandt Van Rijn has apologised for the number of selfies bequeathed by the old master.

Curator Tom Booker said: “For every memorable picture of the Treasurer of the Dutch West India Company, there’s ten of Rembrandt grinning from the canvas. Who cares?

“We burned most of them but there are still a few left, I’m afraid.”