THE Duchess of Cambridge has followed up her new hairstyle with radical cosmetic surgery and a new name.

Kate’s new wavy look, which wowed onlookers at public engagements last week, was just the start of a total makeover which has seen her change her name to ‘Petra White’ and go into hiding in a foreign location.

“She’s now raised the bar by disappearing from public life, abandoning her child to begin a new life of anonymity far from the royal family’s influence, and I’m sure the Kate effect will make fleeing one of the season’s hottest trends.”

Rumours that the streaks of grey spotted in the Duchess’s hair last week were caused by uncovering the secret at the heart of the Royal Family remain unconfirmed.

Sources close to Kate have refused to respond to gossip that she ‘saw what Diana saw’ or that charred fragments of a note in her handwriting have been found scrawled with the words “She’s alive the Queen Mother is still alive but MONSTROUS”.

OK! magazine will publish an exclusive interview with Kate on Thursday but, in accordance with protocol, it will have no input whatsoever from Kate herself.

Britain mourns man who actually knew what he was talking about 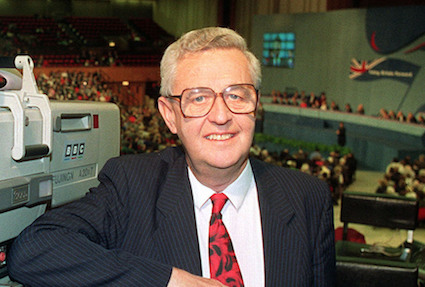 BRITAIN is today mourning one of the tiny handful of people in the country who had genuine knowledge and insight about an actual thing.

The death of former BBC political editor John Cole means Britain is now just three or four deaths away from being utterly clueless about everything in the world.

Media analyst Julian Cook said: “Because of John Cole, the people who can remember the resignation of Margaret Thatcher are incredibly well informed about it.

“I think it’s because he got up in the morning, found out what was going on and then told people what he had found out.

“Apparently that’s what journalists used to do before they started hacking phones, making lists and having opinions that absolutely no-one asked for.”