Lohan Still Looking Pretty Good For All The Drugs, Doctors Have To Admit

TROUBLED actress Lindsay Lohan is still highly do-able despite all the drugs, doctors have conceded.

The admission follows the publication of photos which seem to show the Mean Girls star injecting heroin, indulging in convincing pseudo-lesbianism with Paris Hilton and probably fellating a horse dressed as John Candy at a sleazy Hollywood party of the type you can only dream of attending.

Experts believe the images are clear evidence that the intervening three years of ultra-hard partying have had no effect whatsoever on the actress’s looks, and that if anything she’s gotten even more darkly alluring.

Dr Martin Bishop said: “As a member of the medical profession I would dearly love to use Lindsay Lohan to illustrate the horrific physical effects of drugs to her young and impressionable fan base.

He added: “I should probably point out that her wanton excess has however led to a harrowing stint behind bars which has either ruined her life or made it seem even more incredibly exciting and cool in an 80s, straight-to-video sleaze sort of way, depending on how you look at it.”

Professor Henry Brubaker, of the Institute for Studies, said: “Maybe it’s good genes or something. I mean, people say she’s lost it, but if you spotted her in Asda it’d be like seeing a rare orchid growing out of a bunged-up Glasgow toilet bowl.” 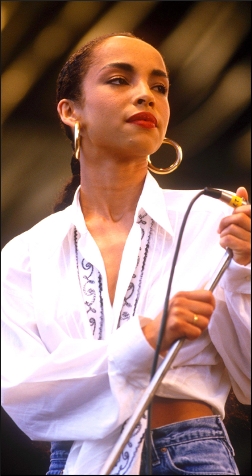 ED Miliband is to organise a really great anti-apartheid disco that will get everyone totally motivated.

In his first act as Labour leader Mr Miliband has booked the upstairs function room in a pub near the library and has asked his friend Gary to make some mix tapes.

Tickets are 50p – but that includes a bag of crisps – and all the profits will be used to start a radical magazine that will bring Thatcherism crashing to the ground.

The event will kick-off with the Special AKA’s rousing anti-apartheid anthem Free Nelson Mandela and end with everyone holding hands in a circle and bowing their heads to the strains of Biko by Peter Gabriel.

The Labour leader said: “I’m also going to make a speech about how important everything is.

“This is not about taking Labour back to the past, this is about saying ‘PW Botha, your time is up’.

“Oh Biko, Biko, becau-au-ause Biko. I think that says it all really.”

Sources close to Mr Miliband said that if the speech goes as well as he expects, he should finally be able to persuade Harriet Harman to let him see one of her nipples.

Later this week the new leader will visit striking coal miners in South Yorkshire to get their backing for a devastating letter he is writing to the New Statesman about Nicaragua.

He added: “I think President Reagan might be a bit stupid.”

Tom Logan, a councillor from Orgeave, said: “He’s more than welcome to come here and meet some miners, or ‘mini-cab drivers’ as we’ve been calling them since 1986.”

And Julian Cook, an occasional Labour Party member from Finsbury Park, added: “I was really quite drunk on Saturday and spent most of Sunday in the bog. Is this actually happening?”

Meanwhile the thousands of Liberal Democrats who defected to Labour after the coalition was formed in May are now switching back, stressing they would prefer to belong to something that still has an outside chance of existing next year.

Mr Miliband will make his keynote address to the Labour conference in Manchester tomorrow before asking the general secretary of Unison whether he prefers it with or without the ice cubes.