DECEASED musician Lou Reed has moved into the area of Heaven where there is heroin and transsexual hookers.

Speaking via a medium, the Velvet Underground songwriter said he was delighted to discover Heaven has a sleazy, low-life district reserved for famous musicians.

He said: “I’m actually enjoying Heaven, surprisingly you can get smack here.

“And the great thing is that you can do loads of heroin without any ill-effects because you don’t have a physical body.

“And you don’t have to wear robes, you can wear your own clothes. It’s much cooler than you’d think.

God confirmed that recreational drugs and sexual experimentation were permitted in the East Seraphim region of Heaven.

He said: “All the good blues musicians went to Hell. And like many bearded, white men I really like blues. So we decided to review our admissions policy.

“Basically if you’ve made more than two good albums you can come in.” 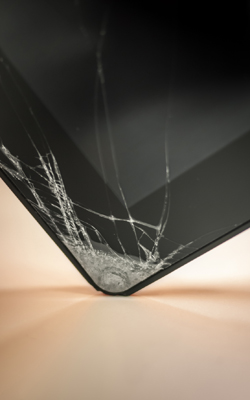 MUSICIANS are hurling touchscreen devices from hotel room windows as televisions are no longer part of the zeitgeist.

Tablet throwing is now musicians’ default act of hotel-based vandalism, as acts are concerned about being associated with dated technology.

“Potential fans are more impressed by the destruction of a full size iPad with retina display, but the acts who chuck Samsung Galaxies tend to shift the most merch.

“Also a lot of bands have vegan diets and lack the upper-body strength to lift even a flat-screen television.”

Bassist Julian Cook said: “It’s less about watching a large object exploding in a shower of glass and more about product placement.

“Smartphone companies are catching on. We got given a load of HTCs ‘for the window’, but I kept mine and gave it to my Mum.

“Plus it’s harder to open a hotel window than ever before, and if that gets damaged, you’ve lost your deposit and you’re sleeping in a draught.”

Tom Booker, an 80s punk veteran said: “In my day, most of the rooms we stayed in didn’t even have windows, so we’d put the telly in the bath and electrocute whoever was in it.”