ENERGY Secretary Ed Davey has turned detective to find out why bills for gas and electricity are rising so sharply.

The amateur sleuth has said that a direct connection between price increases and record profits is “too obvious” and has critics singin from the bad guys hymnsheet.”

Davey, wearing a tan trenchcoat and fedora, said: The free markets nobodys patsy. So when competition aint making for lower prices, its this gumshoes job to find out what goon threw a wrench in the works.

The Energy Secretary began his investigation by breaking into the offices of Ofgem late at night and combing through files with a torch in his teeth.

He commented: Nothing wrong with these fat cats giving themselves 100 per cent year-on-year pay rises. Thats the price you gotta pay at the top.

And all the shareholders are doing is demanding that growth is prioritised over sustainable infrastructure investment, which makes them as innocent as a nun in a nunnery.

Thought there might be something in this green taxes ballyhoo, but its one big floppin red fish. Nothing but a bunch of complicated tax shelters.

So the only explanation that fits all the facts is no,  wait a minute. This whole goddamn privatisation mess cant have been just a big scam, all along?

Moments later, Davey was knocked cold by a blackjack from behind, loaded into a British Gas van and driven to where some men had dug a rectangular hole as part of ’emergency overnight pipeline repairs’.

Everyone assigned something to worry about 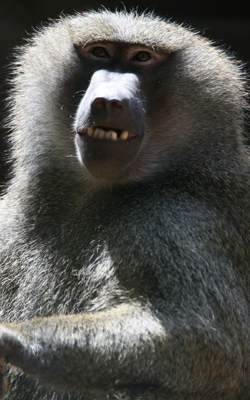 EACH household in Britain will be given a thing to be absolutely terrified about.

It is hoped the millions of bespoke, horrific and totally possible scenarios will keep the population paralysed with fear.

Carlisle taxi driver Wayne Hayes said: We got a letter saying the nearby animal testing centre might accidentally release a flock of baboons infected with virus called ‘shittoids’ and no, I cant stop shaking.

Weve all pitched in to fret about what that would be like, with my wife imagining their drool-encrusted ape faces at the window of an evening, and the kids wetting the bed thinking about having their arms bitten off.

Margaret next door has offered to help but shes pretty busy with the notion of breaking her leg on the stairs and having to lie there until her cats get hungry enough to eat her.

Horrific scenarios have been modified on a regional basis, with the majority of Newcastle assignments featuring forced sobriety and those in Hampshire heavily involving a commoner moving in next door.

An app has also been designed for quick doses of panic on the move, which flashes messages on the phone screen such as No, but are you sure you switched it off? and Maybe todays the day he finds out.

Fearologist Nikki Hollis said: Ive studied the causes and effects of fear for over twenty years and that mole on my hand is bigger than it was last week, isnt it? Oh, Jesus.