Madonna Meets Peres To Discuss The Steady Erosion Of Her Sanity

THE Queen of Pop has given her backing to Israeli President Shimon Peres, as well as showing him her latest impression of a tree. Madonna, who has changed her name to Brian during her visit to the Middle East, told Israel's leading moderate that his shiny head was an inspiration to the world, before offering to buy his grandchildren.

She told a press conference in Tel Aviv: "I'm so proud to be here in Israel, the place where Jesus and Moses did their famous tree impressions."

The multi-million selling superstar is a devotee of Kabaddi, a Jewish form of wrestling where followers hold their breath while trying to push a fat man into a ditch.

Madonna, a 10th level Kabaddi wrestler, has immersed herself in ancient Jewish ritual and has even taken to wearing bright red knee pads 24 hours-a-day in a bid to ward off the 'Evil Eye' and cold sores.

After meeting with Peres, Madonna is due to fly to Tehran where she will hold two days of completely insane discussions with Iran's President Ahmedinejad.

Madonna is expected to tell the President that she is the reincarnation of Cleopatra, or possibly Stan Laurel.

Meanwhile Ahmedinejad will tell Madonna that he prefers to eat upside down and that he proposed to his wife while dancing to Crazy for You.

Die At Your Desks, Demands CBI 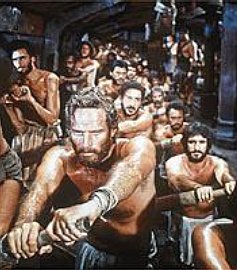 PEOPLE should be happy to die at their desks rather than take time off to see the doctor during office hours, the Confederation of British Industry said last night. Those suffering from highly contagious diseases should be prepared to carry on working until their heads exploded in a festering bubble of pus and all their fleshy parts were eaten away by vicious bugs.

Only workers who could produce a valid death certificate signed by two GP’s and a hospital consultant should be allowed time off to visit their doctor, and then only at night, and then only if they were not on the night-shift, the CBI said.

Ben Winstanley, head of productivity at the CBI, said business leaders lost more than £100 billion in executive profit bonuses last year because of workers being sick on company time.

He said: “A half-dead worker is obviously only half as productive as a fit one but they are still a damned sight more productive than a worker who is not there at all because she is at the pissing doctors again, whining on about her 'women's problems'.

“Most workers already get more than 12 hours off every day. If they are going to use that time to catch cholera or syphilis or whatever else it is they have got then they can bloody well use it to get themselves cured. What more do these people want?

“In China, child workers have to make poisonous toys for 18-hours on the bounce without even getting a minute off to go for a pee. Sick ones are worked until they are dead and then shot for good measure and their bodies dumped on a fire. What’s wrong with us in this country? Have we all gone soft?”

Jacqui Brambles, 36, a call-centre worker with Abbey National, Glasgow, said she had opted to have most of her internal organs removed and replaced with sterile plastic tubing to cut down on the risk of missing work because of disease.

“The company gave me an interest free loan for the operation and I am now fed by a drip which allows me to stay at my desk for longer and save money on sandwiches. I really am very grateful for everything they have done,” she said.