THE world’s media last night set up camp outside Cheryl Cole’s vagina amid mounting rumours it is about to be reactivated.

Veteran US reporter Charlie Reeves said: “I was there when US troops pulled out of Vietnam and I swear I’ll be there when that pretty little thing’s clampouch sees some action from that rap feller.

“The last thing you want as a reporter is to be asleep when he drags her into the john for a quick bout of attendant-thumping and hiding the old one-eyed penis.

“I remember back in ’85, I was at my grandmother’s funeral and missed out on Sean Penn wheel-barrowing Madonna around New York’s Latin Quarter nightclub. Got fired. Deserved it.”

BBC coverage of Cole’s tupsy is being spearheaded by award-winning Falklands sweetheart Brian Hanrahan, who has been monitoring her vaginal status since the early days of Girls Aloud.

Will.I.Am,  the imminent Cole-doer and veteran pea, said: “I know that in the UK she’s the surprisingly hairy queen of shit-kicking hearts, so I promise not to spoil her.

“And rest assured, if Fergie gets her wish and ends up Anting Cheryl’s Dec, I will video the absolute hell out of it.”

Lord Ashcroft To Buy Belgium Instead 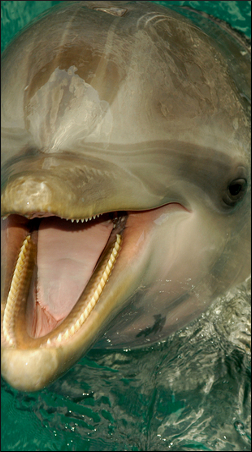 TORY donor Lord Ashcroft has abandoned his plans to buy Britain and is now switching his attention to Belgium, it was confirmed last night.

After spending Â£200m on winning Carlisle, the billionaire said he had been too ambitious and would focus on collecting a series of smaller countries and then using each of them for a different kind of evil.

A spokesman said: “We’re going to turn Belgium into a nuclear waste dump and dolphin reprocessing plant then lease it to some Chinese gangsters via a tax-efficient, off the shelf, dummy corporation based in the Isle of Sheppey.

“We’ll turn Latvia into a huge arms bazaar, there’s a couple of charming little African countries that haven’t been totally raped and I don’t suppose anyone’s doing anything with New Zealand now all the hobbits are dead.”

In London the defeated winner David Cameron pledged to carry on doing that thing where he raises his chin slightly while pointing at nothing in particular with his thumb and saying ‘this is a great country’ over and over again, before realising that everyone had drifted out of the room.

The Tory leader added: “Hello? Helloooooooo? This is a great country…. hello?”

Last night’s election result puked up a number of things that are exciting for the sort of people who are interested in politics, including a shock defeat for Lib Dem contraption Lembik Opit and a delightful fourth place finish for Esther Rantzen, the tawdry ambulance chaser who thought that presenting That’s Life was the same as being the Secretary of State for Trade and Industry.

In Brighton, a spokesman for the local council said the election of Britain’s first Green MP could be a mixed blessing for the borough, adding: “It will attract lots of sex tourists intent on having it off with our tie-dye hippy sluts, but it may also deter lots of other people, worried about the vast amounts of honking vegetarian gas that’s emitted by those very same ganja-smoking, free-love tarts.”

Meanwhile the body of a man believed to be the husband of former home secretary Jacqui Smith has been discovered in a wheelie bin on the outskirts of Redditch with a VHS copy of Creamy Jugs IV sticking out of his badly bruised face.