THE younger members of the Royal Family now feel it was a mistake to book a holiday together in a small caravan in Wales, it has emerged.

The break has become extremely tense due to revelations in the recent biography of the Sussexes, Finding Freedom, and the general misery of Welsh caravan holidays.

Prince William said: “I come across as a pompous idiot in that damn book. Also Meghan really stinks out the chemical toilet. It’s like an elephant’s been in there.

“It’s been pouring with rain so we’re trapped inside playing Cleudo most of the time. If Harry tells us one more tedious anecdote about Afghanistan I might do a murder myself.”

Meghan said: “I found my $400 organic seaweed moisturiser in the bin. I wonder who put it there? Let’s just say a certain skinny bitch got her ass kicked at crazy golf earlier today.”

The royals are currently trying to plan a trip to SeaQuarium Rhyl, which has caused arguments due to Meghan’s progressive views on animal rights and Harry’s daily requests to go to the pub instead.

Kate said: “We can’t just sit in the pub all day. I’m organising a nice healthy game of two-against-two hockey later and they had better take it seriously this time or there’ll be trouble.” 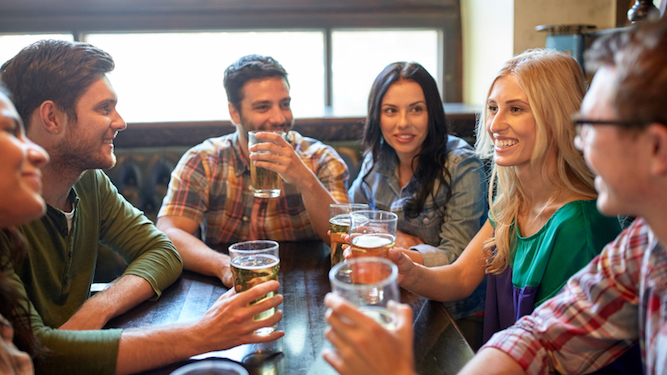 STUMPED for something worthwhile to say but still want to contribute to a conversation? Here are some totally useless and highly annoying phrases to consider.

Said with a shrug and a wise smile, this phrase makes you come across as the deep, philosophical type. So long as you’ve been sat at a bar for four hours talking nonsense with other pissheads.

Originally meant to sum up all previous points and put a conversation to bed, this phrase is now thrown into conversation willy nilly and means f**k all. Use it to sound as if you know what you’re talking about even though you don’t, eg. “At the end of the day, the economy’s all about money.”

Meaningless because it does the opposite and primes the person you’re saying it to to take it incredibly personally. Tactless people also tend to use it with a blatantly personal criticism, for example, “Don’t take this personally, Steve, but you’ve got a really weird face.”

‘For what it’s worth’

It’s worth nothing, because it’s just some ill-thought-out opinion falling out of your mouth like a steaming turd out of a cow’s backside. Used by people to sound more important or wordly-wise than they actually are, even if you’re only discussing crisps.

You’ve just wasted a precious second of your life and someone else’s by telling them that what you just said is a thing you just said. Often used by twats to distance themselves from dodgy opinions, eg. “Women are smaller, so they have smaller brains. Just sayin’.”