by the Duchess of Sussex

BEFORE I leave Britain in the ultimate feminist act of telling my husband what to do, let’s celebrate International Women’s Day by being independent princesses.

We’re all princesses really, and the best way to prove it is by bagging your very own royal. I know Andrew’s the only one available at the moment, but this family loves divorce so you never know when someone else will become free.

Be so beautiful that no one judges you for your looks

It’s easy: just be naturally very good-looking and have enough wealth for as many facials as you want. You’ll be judged even less if you have a spouse who’s not as attractive as you, and possibly ginger. He’ll make you seem less shallow, and you’ll look stunning by his side.

Influence your man so much he’ll leave his own family

Really, Harry doesn’t need a brother or a dad – it’s just a continuation of outdated patriarchal traditions. It would be anti-feminist for him to prioritise them over my female friends in Canada.

Show that you admire strong female decision-makers like the Queen

By sucking up to her a bit, I hope she’ll let me keep at least one of my tiaras. I refuse to be just another ‘sh*t hat’ princess like Beatrice and Eugenie.

I’m choosing Oprah Winfrey, Nicole Scherzinger, Kristen Bell – basically anyone who will boost my chances of getting voiceover work at Disney. Idina Menzel, I’m coming for your job, bitch. I mean, sister. 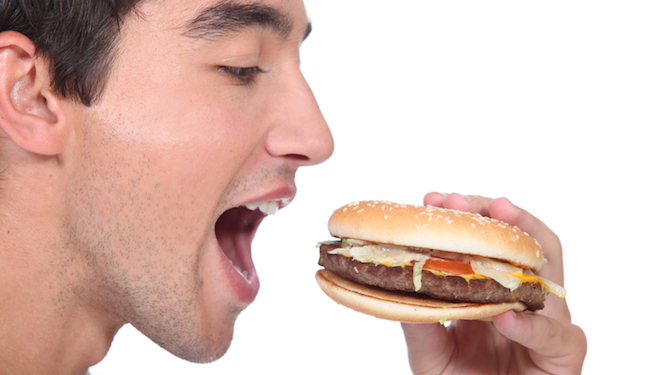 A MAN who describes himself as a ‘foodie’ is nothing but a greedy twat, friends have confirmed.

Stephen Malley has attempted to paint himself as a gastronomic expert when in fact he just likes eating and drinking more than is good for him.

Malley said: “I’m such a foodie. Whenever I see a new burger come out, or a new type of fried potato, I’ve got to try it. Pizza toppings are my speciality, but not ones that include vegetables.

“I’ve actually always dreamed of being a chef, but it turns out you have to learn stuff which is much harder than getting Deliveroo to bring tasty things direct to my door.”

Friends confirmed that despite his claim to be interested in food, Malley has never eaten cauliflower, considers prosciutto ‘weird’ and regularly buys cereal made for children.