ACTRESS Mia Farrow has claimed she mysteriously fell pregnant during a ritual by a secret sect of easy listening fanatics.

Farrow was sharing a house with Woody Allen when Frank Sinatra, Dean Martin and a dozen lesser-known lounge singers moved in next door.

Farrow said: “I could hear their music through the walls. It sounded really relaxing.

“Then one day, while Woody was out, they invited me round for an early afternoon cocktail. What awaited me was strange, demonic even.

“Everyone was naked, blowing on muted trumpets, tapping their toes insanely and swatting each other’s bare behinds with brush end drumsticks.”

“The grand master entered wearing a velvet tux and massive ceremonial fedora – clearly it was Frank Sinatra. I asked what the hell he thought he was doing, but he just kept blowing his damned flugelhorn.

“Next thing I knew I was pregnant and John Denver had moved into our basement.”

Farrow’s son, Ronan, was expelled from nursery school after announcing day care ‘wasn’t his bag’ and the teachers were ‘some real sorry dames’.

At the age of twelve, he broke the record for the most key changes at the end of Mack The Knife, and through this found he could control dogs.

Paranormal expert Roy Hobbs said: “I fear this ‘uber crooner’ has dark powers that can only grow stronger. Worryingly, the human brain can only process eighty-five key changes in Mack The Knife before it explodes.”

Poorer parents demand right to send their children away 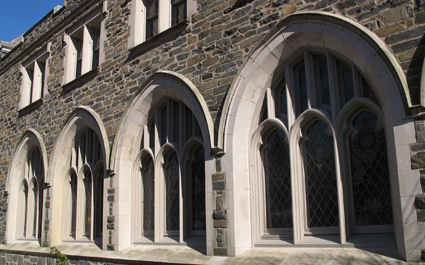 LOWER-EARNING parents want to be able to send their annoying children away, like rich people do.

As the debate about the morality of public schools rages, waiter Tom Booker said: “As a low-paid parent, I am missing out on the opportunity to have a lovely peaceful home, without my children in it.

“Why should being unbothered by the persistent, annoying antics of one’s kids be the preserve of the rich?

“I want my children to have a school that they live in. Ideally it would be miles away, surrounded by a massive fence and patrolled by dogs.

“I don’t really care if they teach them anything. A glorified prison would be fine.

“Or even an actual prison.”