Millionaires Give Each Other Awards For Dressing Up

IT is the biggest, most glamorous night of the year. It is the night when millionaires give each other awards for dressing up and pretending to be someone else.

The night belonged to the Coen Brothers, Bert and Arthur, who shared the award for Best Person at Showing Other People How to Dress Up.

They were also named as Best People At Writing Instructions for How to Dress Up, as well as the night's big prize of Best Pretend Thing.

Daniel Day Lewis, who won the award for Best Man at Dressing Up, said: "I feel privileged, humbled and unworthy to be in the company of some of the best men who have ever dressed up and pretended to be someone else."

He added: "This means so much to me because every time I dress up and pretend to be someone else, I try to do it really well."

Other British victories included Best Costumes for Dressing Up In, as well as a special award for Tilda Swinton, Europe's tallest woman.

It was a good night for international millionaires, with the award for Best Woman at Dressing Up going to a French person who won critical acclaim for pretending to be another French person.

Meanwhile a Spaniard won an award for having a psychotic haircut. 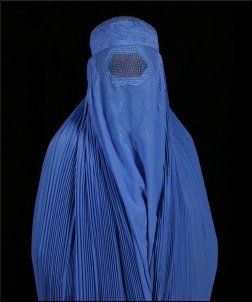 A GROUP of Saudi men jailed for flirting have claimed they were driven to it by a provocatively dressed woman who flashed the bridge of her nose at them.

Faisal Iqbal, 24, said the woman was wearing a sexually alluring burqa with a mesh face grille which was so revealing that nothing was left to the imagination, not even nostrils.

"I go in frenzy and start sing to her the Barry Whites. I read about women like this in the dirty books but never expect to see one in flesh."

"She scream out, police grab me by testicles and I end up in dungeon in Riyadh with truncheon stuff up arse. Sideways. If she not up for it, why she dress like dirty slut?"

The men were arrested by Saudia Arabia's religious police, the highly-trained 'mutaween', who specialise in hunting down rape victims, witches and women drivers.

They are now investigating the allegedly flirtatious woman. If convicted she will face the traditional Saudi punishment of being run over by a solid gold Bentley.