MORGAN Freeman has agreed to appear in a wise, solemn but twinkling role in a film yet to be conceived.

The movie, which could be a superhero one, a zany romantic comedy or an animation for kids, will be anchored by the veteran star’s crinkled smile and dignified grey hair.

A DreamWorks spokesman said: “Morgan Freeman was the first person we thought of for this film, none of the rest of which has been thought of yet.

“He will be perfect as Sir Alex Ferguson, Inspector Morse, a blind cellist on the streets of Los Angeles, a talking truck or the Dead Kennedy’s Jello Biafra.

“An Academy Award? Well, we expect him at least to be nominated.”

The spokesman also confirmed that, whatever the movie, Freeman will be the only member of the cast who is not white.

iPhone 6 owners not emotionally robust enough to withstand dropping it 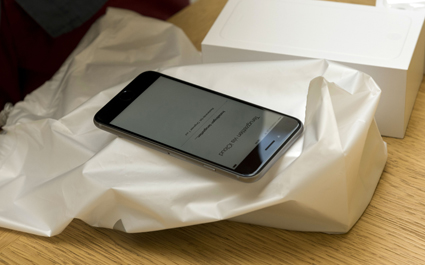 OWNERS of Apples latest smartphone are likely to break down if it falls on the floor, it has been claimed.

Laboratory tests on iPhone 6 owners found that they lacked the emotional strength to cope if the phone was damaged in any way.

Dr Mary Fisher said: If you knock the iPhone 6 out of their hands and stand on it so that the screen cracks, the Apple user collapses into the fetal position and cries like a child.

Apple should really have thought of this before encouraging them to buy its flimsy trinkets.