THE memoir of pop singer Morrissey has revealed his voracious appetite for lager and fighting.

Autobiography opens with an account of rucking in a Carlisle nightclub, during the singer’s stridently heterosexual phase.

He writes: “It was 1981 and I was trying to pull a couple of hairdressers from Carlisle in ‘Silkz’ nightclub by saying I did Elvis covers on the cruise ships. That’s why I got the daft quiff.

“One of them looked like a Buzzcocks roadie so I needed her palming off on somebody. I sees this soppy-looking bloke asking the DJ whether he had any Byrds so I shouts “Oi, mate, I’ve got one here but she’s a bit of a tugboat”.

“He looked back at me a bit old-fashioned so I belted him. That was the first time I met Johnny Marr.”

The singer later explains how he was labelled a vegetarian: “Those arseholes at the NME took me out for a meal so I thought ‘If these southern wankers are paying, I’ll have the dearest thing on the menu’.

“Turns out to be steak tartare, which is sort of a raw quarter-pounder. It must’ve been stored next to a radiator or something because I spent the next three days on the bog.

“I says to the NME bloke ‘Never again’ and he only goes and prints it as me announcing I’m a steak-dodger.”

On The Smiths re-forming, he writes: “Work with those trio of twats? Sod that. Mike Joyce has still got my belt sander and he bleeding well knows it.” 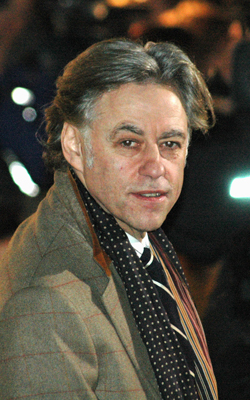 If you young people thought 2013 was the worst year since the beginning of time, just wait til you get to 2014.

You need to act now because the next war won’t be a World War One, or even a World War Two. It will be a World War Three. And they’ll just keep escalating numerically like that, much the same way as That’s What I Call Music. This shit is happening TODAY.

Just one of the many events in 2014 which will bring about extinction of the human race will be the launch of Google Glass.Young people will be so engrossed in their Google glasses that they’ll wipe themselves out by blindly ambling into driving ranges and abattoirs. It’s time to WAKE UP, kids! You’ll kill us all.

Illegal file sharing will also be a huge problem. I guess youths think it’s okay to sit around all day, listening to their racket of ‘Skrillex’ and ‘Adele’. But while you’re doing this, a chunk of ice as big as an acre of rainforest the size of twelve football pitches will break off the North pole and float right into your parents’ garden where it will melt and cause significant damage to carpets and upholstery. When you go to sleep that night, the bed will be full of krill.

Then, the fracking gets you. Fracking will swallow your house and all your stuff in a series of little earthquakes, which is also the name of the confessional debut album by Tori Amos. When your house disappears into the bowels of the earth with you inside it, you’ll use your last breath to hum the title track and you’ll finally understand how Tori felt when she got her period. And don’t call me crying at this point, cause me and Tori will be busy working on our new stuff – a Joycean stream of consciousness piece about nuns and toilets and things like that.

To hell with the lot of youse, anyway.