My family not nearly as f**ked up as theirs, says Meghan Markle

MEGHAN Markle has responded to media focus on her relatives by pointing out that the Windsors are way more messed up.

She said: “I’m getting pretty sick of this. My dad might be in the papers now, but at least he didn’t meet my mum when he was already getting off with her sister.

“Princess Margaret was a randy booze hound and Fergie got papped getting a poolside toe-job, whereas my aunt is a florist. She forgot my birthday once, but then she gave me double vouchers for Christmas.

“I also don’t want to hear about my half-brother working at Domino’s ever again, when one of Harry’s family went to a party dressed as a Nazi. I should find out which one, so I can ignore them on Saturday.”

Han and Chewie 'met on Grindr' 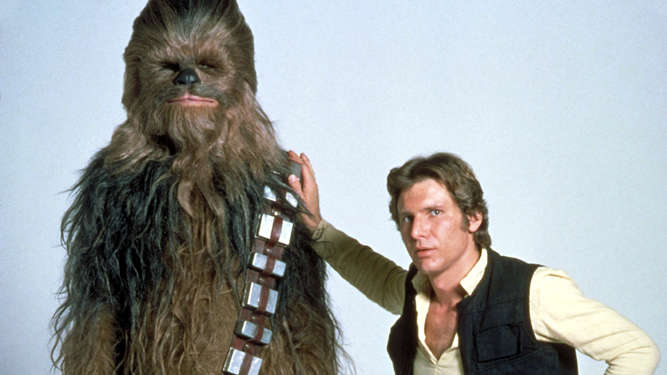 THE new Star Wars film has revealed that Han Solo and Chewbacca met on a gay dating app and were lovers for 20 years.

Solo, which tells the story of how a young Han Solo renounced the love of women for a cross-species relationship with his co-pilot, begins as a familiar paw swipes right on the image of a handsome spacefarer.

The duo meet and, after a long, tender sequence where Han shampoos Chewie and picks lice out of his fur, make love while hologram chessmen battle in the foreground.

A brief, but intense, love triangle ensues between the couple and swinger from beyond the stars Lando Calrissian, who instead settles down with a polyamorous symbiotic shapeshifter that takes the form of his moustache.

Star Wars superfan Joseph Turner said: “What? It’s all there in the original trilogy if you take the trouble to learn Wookie. Every roar echoes with longing.

“Next thing you’ll be saying you didn’t know about C-3PO and R2D2.”