Palace in fresh bid to save Prince Andrew’s impeccable reputation

As the Queen’s second oldest son became embroiled in a sex scandal, Palace officials fear it could undermine his important work with central Asian billionaires and endangered animals who play golf.

A source said: “A lot of those billionaires now play golf because of Prince Andrew.

“But where’s his fancy title and free helicopter?”

Martin Bishop, from Stevenage, said: “I’m always telling my children to be more like Prince Andrew.

“Like any parent I just want my kids to prance about in tartan slacks and spend a huge amount of time in Azerbaijan for no apparent reason.” 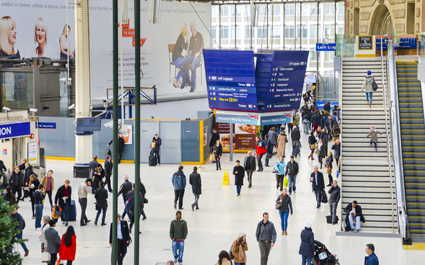 THE announcement of increased train ticket prices has caused millions to use the strongest possible expletive.

The increase in the cost of travelling on trains that are both horrible and unreliable triggered the use of the blunt anatomical term beginning with ‘c’ among those who previously considered it taboo.

Grandmother Mary Fisher said: “I am a nice lady who does volunteering and has a cottage with roses on it, so was shocked to hear myself describing train companies as ‘a bunch of effing c-words’.

“I despise bad language and wouldn’t normally say anything stronger than ‘damn’ even if I badly injure myself with secateurs while gardening.

“Now though the genie is out of the bottle and I am fucking swearing my tits off.”

Around 4.8 million commuters will mutter the c-word this morning while purchasing tickets, with another 3.6 million opting for the milder ‘fuckers’.