Palace to offer 'no frills' bed and breakfast

THE Queen is to offer bed and breakfast accommodation so that she can continue living in Buckingham Palace.

As a new report reveals the palace is falling into disrepair, the Queen revealed plans to rent out her 52 bedrooms on a per-night basis with a choice of full english or continental breakfast.

“Also the Duke of Edinburgh’s outspoken views on minority groups and overall creepiness make him ideally suited to the budget end of the hospitality sector.”

Financial mismanagement has left the Queen unable to afford domestic staff, although Edward and Sophie will be coming in to help with breakfasts, spunky sheet-washing and restocking small bottles of ‘body wash’.

The Queen said: “No tarts, fancy women or Sarah Ferguson. I run a clean house.

“We’re open all year round but I’m booked out for a wedding disco on September 4th.

“£70 for a double which is a bargain and I don’t want to hear otherwise, also I’ll throw in a map of the local area including the location of a good chippy.

“The dogs are fine, just don’t put your hands near them.”

She added: “Don’t even think about bringing your own drink back then asking for a corkscrew. That’s what I call taking the piss.”

Plenty more doves where they came from, says Pope 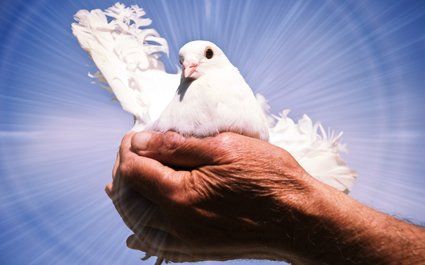 THE Pope has reassured the public that doves are utterly dispensable.

After doves released from his balcony as a peace gesture were viciously attacked by seagulls, Pope Francis explained that the Vatican keeps a big crate of them for precisely that reason.

He said: “Doves get eaten all the time, it’s no biggie. We’ve got spares.

“Sometimes I fling a handful of them out of my window just to see what happens, they’re lucky if they last five minutes.

“Once I saw a raven pull off a dove’s head like it was a champagne cork.”