The grin-based organism has been asked to stop saying things in the press, which reminds Britain that it voted for him three times.

Teacher Emma Bradford said: “When Kim Kardashian came along, Paris Hilton had the self-awareness to recognise that her time as the world’s go-to media whore was over.

“If only Tony Blair had that much dignity and sense of the public mood.

“Look at Gordon Brown. Fucking awful prime minister, but as an ex he knows to keep his chin-jerking face out of sight until we’re ready to be nostalgic.”

90s PM John Major said: “After years of exile, I managed to make a little bit of a comeback by moving into comedy when I revealed my affair with Edwina Currie.

Adele wins Grammy for not releasing an album 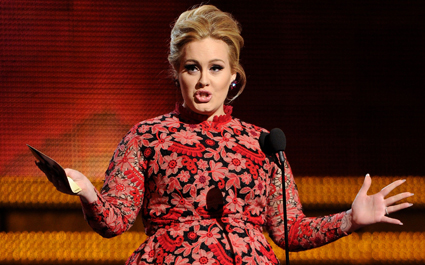 CHART sensation Adele has been given a Grammy for not releasing an album in 2013.

It is hoped that the award will encourage the 19 singer to not release an album about married life and motherhood in the next 12 months.

Grammy presenter LL Cool J said: “My wife will not stop playing that miserable shit and it has been like three years.

Music industry analyst Roy Hobbs said: “This award is a step towards a new business model.

“Big artists will be paid by people who dislike their music to not record catchy pop that sticks in the head like a brain parasite.”