BUCKINGHAM Palace has unveiled 12 new things that Prince Harry can do to make himself useful.

The Prince, who recently completed NVQ courses in guttering and Russian mysticism, has been given a special van and has already made £125.

A Palace spokesman said: “We noticed Harry’s potential after he used his magical eyeballs to bring a man back from the dead at the charity sporting event, BMX Fail: Humberside, of which he is patron.

“Despite having hic-cups for four days, the man was so grateful that he gave Harry a twenty pound note. It was a game-changer.”

After seeing Harry’s advert in his local newspaper, Martin Bishop contacted the prince about a vermin problem near his home in Cardiff.

He said: “The council are a waste of time when it comes to the pigeons, who now think they own the bit of pavement outside the Co-op. The prince gallantly ran at them, flapping his arms and booming instructions in Arabic. I’ve never seen birds disperse so fast – and those remaining died of humiliation.”

Staff nurse, Emma Bradford, said, “When I get back from a long night in A&E, my bunions are agony and my athlete’s foot just off the scale. I’ve found Harry can do the job of 150 Garra Rufa fish in under 20 minutes. Contrary to what they say, it’s almost impossible to catch hepatitis this way and it’s totally humane because dead skin forms the bulk of Harry’s nutrition.”

The Palace said Harry will play a vital role during the Queen’s diamond jubilee celebrations, including creosoting the ultra-barge and giving Gary Barlow a deep tissue massage before he sings Hey Jude. 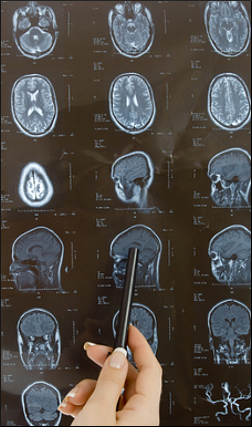 SCIENTISTS have confirmed that the only long term risk associated with mobile phones is gittishness.

After comparing hundreds of studies across the globe the consistent factors were rudeness, self-absorption and stupidity.

Professor Henry Brubaker, of the Institute For Studies, said: “Prolonged use will not give you brain cancer but it will make other people wish that it did.

“The only evidence of physical harm is being punched repeatedly in the face if you use one in a cinema. That man from Cineworld should not have dragged me off.”

Speculation on the possible effects of firing low level radiation directly into your brain has been rife for years amongst a public who think that watching Brian Cox on the television is the same as reading a book.

But the only visible symptoms amongst medium to heavy users were an inability to conduct a conversation with the person they were actually sat with and having more than 400 incoherent, Wikipedia-based opinions.

With over 80 million mobile phones currently being used in the UK alone, Brubaker warned that the country is sitting on ‘a ticking time-bomb of dickhead’.

He added: “Besides which, what possible reason is there to lie about a multi-billion pound, incredibly powerful industry that, if banned, would effectively destroy the global economy?”