Parts of Kate Winslet's body reveal that they hate her

VARIOUS bits of Titanic star Kate Winslet’s have revealed how insufferable they find their host organism.

Despite the actresses’s recent claims in Modern Self-Hating Woman about how comfortable she is with her body, it has emerged the feeling is not mutual.

Bill McKay, the fleshy area above Winslet’s right hip, said: “I’ve been desperately trying to get grafted off of here since that Golden Globe acceptance speech where she gushed like an arterial wound.

“I have since spoken with her tear ducts and I’m not entirely sure the crying was spontaneous. The whole thing is very dodgy.”

He added: “Imagine being present at a skin-crawling moment when you are some skin and you can’t crawl.”

Winslet’s shoulder blade, Nikki Hollis, said: “I appreciate that, as a woman in Hollywood, Kate faces a constant struggle to maintain her real woman’s physique despite constant cutting remarks from cynical casting directors.

“But looking at the bigger picture, she is probably under less pressure than someone in Libya whose house is currently on fire, which could lead some people to speculate that she should shut it.

“I imagine my comments will be photoshopped out of this interview.”

But Kate Winslet’s vagina, Martin Bishop, was more equivocal: “I’ve signed a confidentiality agreement, threatening me with a Billy-Bob Thornton sex scene if I say anything.

“So I think Kate is super.” 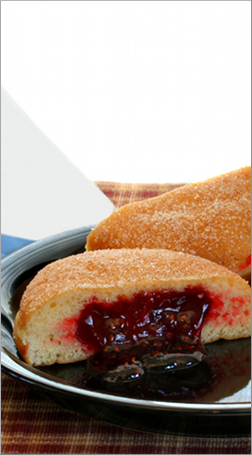 VIEWERS are divided over the new Masterchef format, in which judge Greg Wallace assesses each dish after having sexual intercourse with it.

Tweaks to the latest series mean contestants’ puddings are now presented to Wallace on a thick, bouncy mattress.

He has his way with each of them in turn before giving comments on texture, warmth and filthiness, while John Torode looks on darkly and does sinister dry coughs.

Contestant Stephen Malley said: “When Greg said my raspberry torte tasted ‘laaaavely’ in a creepy, lascivious tone I was very pleased and assumed that would be the full extent of his feedback.

“So you can imagine my horror when he began to undo his flies.

“Wallace went at that cake like a spaniel on a chair leg. Within seconds my beautifully-crafted dessert had been smashed into a thousand sweat-soaked pieces.

“Afterwards Greg sucked the bits of fruit out from under his fingernails, slowly and one at a time, chuckling and muttering something about ‘loving it, you flour-substituted little bitch’.

“Then John Torode helped himself to a forkful and said I’d really delivered some big flavours.”

Masterchef viewer Nikki Hollis said: “The sight of Greg’s billiard-ball head bobbing up and down like some malevolent nodding dog has forever sullied my mind.

“Having said that, I turned over to ITV2 to find OMG! With Peaches Geldof was under way. Which makes a cockney homunculus rutting with a cake seem like Dostoevsky.”