Philip likes to cut things from the papers

The unsigned letters, sent between 1992 and 1997, usually began with 'My dearest Diana' before predicting her death and alerting her to the dangers of the 'yellow peril'.

The inquest jury at the Royal Courts of Justice was shown more than 20 letters, some made from newspaper cuttings, others written in an untidy, child-like scrawl. Martin Bishop QC told the court: "At first, the source of these letters was a total mystery.

"Indeed, any normal reader would have been stumped but for the unprovoked racial slurs tagged on to the end."

Mr Bishop added: "I put it to you that there is only one man in this country who would have gone to such lengths to cast aspersions upon the Chinese."

One letter reads: "My dearest Diana, I am no marriage counsellor but that won't stop me from killing you." He added: "Never leave the room when drinking with an Oriental."

In another letter from the summer of 1997, Philip wrote: "I see you have taken to consorting with a brown man. P.S. What are those Chinese devils plotting now? Any ideas?"

Denys Finch-Hatton, a Royal expert, said: "The early to mid-nineties was very much the high point in the Duke of Edinburgh's China-hating phase.

"He's getting on a bit now so these days he makes do with hating the Arabs and the French."

World Smells Better Than At Any Time Since 1850 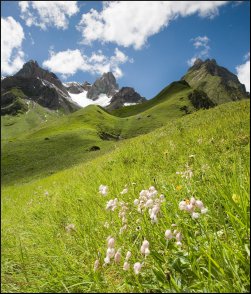 THIS year has been the best smelling since global smell records began, the United Nations confirmed last night. Now all your favourite spoons can smell like an Alpine meadow

Eight of the ten most fragrant years of all time have occurred since 1994, despite a worldwide increase in urine.

In the 500 years following the Black Death the global smell remained consistently awful, a bit like a pair of damp gym socks, rubbed in pork and left inside a sack.

The invention of nylon led to a temporary rise in mustiness during the 1930s, while the austere, post-war Britain of the 1950s smelled of nothing at all. The late 1960s saw a new wave of smells emanating from California which made everyone want to have sex with strangers.

Dr Tom Logan, research chief at the Institute of Smells, said: "Welcome to The Age of Oust!  It doesn't just mask odours, it kills the odour-causing bacteria in the air."

Dr Logan said Oust products would soon be built-in to every household appliance and that he had seen sketches of a scented candle that you strap to your chin.

He said: "Febreze is a freshener and an eradicator. Anyone who suggests otherwise is a stinking fascist. Febreze!"

Both experts agree that while 2007 has been a very good smelling year, there is mounting evidence that 2008 will stink like a toilet at a vegetarian music festival.