Plasterers distraught about 1D's Louis having a baby

ONE Direction’s core fanbase of plasterers is in emotional crisis after learning of singer Louis Tomlinson’s impending fatherhood.

The boy band has sold over 50 million records, mostly to plasterers who adore One Direction’s mix of catchy upbeat pop and non-threatening sexuality.

41-year-old plasterer and renderer Tom Booker said: “I’m checking Twitter every two minutes, because I know Louis’s going to set the record straight. It isn’t true, I know it isn’t.

“If it was true – which it isn’t – I would just hide in my van with all the doors locked, crying and punching the dashboard.

“All the money I’ve made from plastering I’ve spent on 1D albums, gig tickets and merch, mainly to make Louis like me so that I can marry him.”

Lime plasterer Roy Hobbs said: “The worst thing is that this comes so soon after Zayn leaving. This is the worst year of my life.

“Anyway it’s just some girl stirring up rumours to get attention. I hate people like that. I bet they didn’t even kiss.”

He added: “It’s affecting my work because I keep getting tears in my plaster.”

Pluto threatens to kick shit out of NASA probe 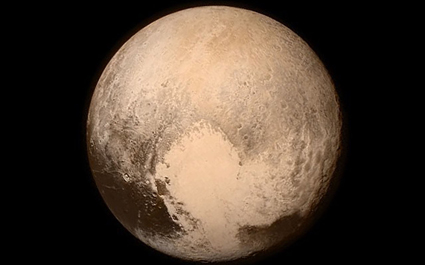 NASA’S New Horizons probe has narrowly avoided a fight with the smallest and most aggressive planet.

Pluto threatened to “bang out” the spacecraft as it hurtled within 12,500km of the hostile, chippy little world.

Pluto said: “If you come flying at me, I’m going to take action. This is a locals only galaxy.

“You come here taking pictures, chatting shit, acting like you’re all that, you can’t expect nothing else. We don’t want shiny metallic things here.

“I don’t know who fucking NASA are and I don’t give a shit neither.”

Mission controllers said the probe defused the situation by pretending to be lost and apologising profusely while retreating.

A NASA spokesman said: “Pluto is a nasty little bastard. It’s not as hard as it thinks it is but it’s still pretty hard.”