THE third manuscript by octogenarian Harper Lee is a fast-paced thriller about a heist on the Chinese stock exchange, it has emerged.

Shenzhen Solitaire follows a gang’s attempt to make ¥254 billion by stealing seventeen seconds of business on the SZSE using stolen US Treasury bitcoins and the best hacker in the world.

“The lengthy, explicit sex scenes, the reams of exposition about how computerised money markets function and the gun battle at the airport are all new territory, but Miss Lee felt she’d done all she could with the whole small town racism thing.”

Written in 1966, the book is set in the present day with all technological and cultural developments accurately predicted using simple Southern good sense and extrapolation.

Further Lee manuscripts found used as insulation and in the pocket of an old coat include self-help book KillIing The Mockingbird Within, Safe Bondage for Alabama Lovers and a Star Wars Extended Universe novel set in the Old Republic era. 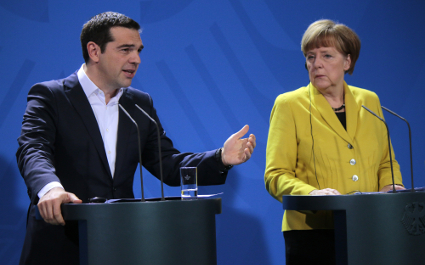 GREECE has been fitted with explosives that will detonate if growth dips below two per cent of GDP.

The bombs, which are a key condition of the new bailout terms, are wired to every financial institution, asset and individual.

“As long as inflation stays close to zero, the bailout payments are met as scheduled and growth rises as forecast, I am assured that nobody has to die.

“It is important that nobody panics. Just keep working.

“Also, it would be best if you did not attempt to vote. Apparently they’re sensitive to that.”

Tsipras will today attempt to push new austerity plans through parliament, which now features a 50-megaton nuclear bomb as an “attention-focusing centrepiece”.

When advised that detonation would trigger a supervolcano eruption blanketing the planet in ash and causing an ice age, German finance minister Wolfgang Schauble replied that he was satisfied there was no risk of Eurozone contagion.