Scientology insiders revealed that the ‘pre-nup’ was ‘water tight’ ensuring Cruise would retain the part of his wife’s eternal existence that can control matter, energy, space and time.

A source said: “Tom already has the Operating Thetans of his first two wives which he keeps in his mind fridge.

“He is sad that his latest marriage has come to an end but hopes that by devouring all three Operating Thetans through a secret hole in the middle of his forehead he will gain total dominion over the realm of thought-space and challenge Xenu, the 75 billion year old mega-being, for the title of Lord of the Ultra-Sponge.”

The source added: “Katie was very reluctant to give up the rights to her Thetan and only agreed to it in exchange for $33 million.

“As you can imagine, she is also very sad.”

Julian Cook, a celebrity marriage analyst, said: “Like everyone else in the world I was astonished to hear that they were getting divorced. Absolutely astonished.”

Meanwhile, it was confirmed that the couple split despite using the Church of Scientology’s Divorcecon programme which attempts to heal troubled marriages using an eight foot wide electric spoon. 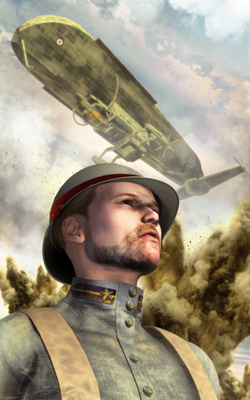 DRESSING as a Victorian-themed science fiction character is a great way to avoid ever having sex, it has emerged.

‘Steampunk’ is a cultural movement based on a quasi-Victorian ‘alternate history’ world of steam-powered robots, hoop skirts and absurd facial hair.

Self-styled steampunks pretend to be called things like ‘Professor Prenderghast Malvolio’ and gather in Midlands pub function rooms wearing pith helmets to talk about zeppelins and the Empire.

Professor Henry Brubaker of the Institute for Studies said: “Steampunk performs a valuable social function for those who want to stay virgins, by allowing them to deliberately inhibit their chances of intercourse with ridiculous clothing.

“In today’s promiscuous culture, dressing like a 200-year-old cyborg paedophile jungle explorer is one of the few guaranteed ways to prevent interest from the opposite sex.

“Basically you will not get laid until you decide to stop being a steampunk. No way.”

“Join me as I wage war against the robot armies of Neo-Prussia!”

Logan’s mother Emma Bradford said: “I’ve tried taking all his brass clothes to the scrapyard, but he just buys them back. He’s nearly 40, I would love for him to have a girlfriend before he dies.”

Stephen Malley, a 36-year-old steampunk from Worcester, said: “‘Steampunk’ is actually a nebulous term. For example the writer Terry Pratchett is sometimes categorised as a ‘steampunk’ novelist whereas Alan Moore…

“Please tell me, is it true that women are warm to the touch?”