Prince Charles 'an inspiration to people who've wasted their lives'

THE Prince of Wales has been hailed as a hero by people who feel they’ve done nothing with their lives.

The Prince, who appropriately commemorated his birthday with a burst of inactivity, has reached retirement age without starting the only job he’s able to do.

Payroll administrator Mary Fisher said: “Sometimes I look back on my 40 years in a windowless basement moving columns of figures about and I want to weep.

“But then I look at Prince Charles and I think well, I at least I got to put money in people’s pockets on a Friday night.”

Norman Steele of Lancaster said: Im 65, my marriage has broken down, Ive moved back in with my mother and I spend my days on the allotment growing vegetables.

So basically Im exactly the same as Prince Charles, except Ive retired and hes got years of work ahead of him.

“In many ways his dreams are even more thwarted than mine and that makes me feel a little better.

“If I ever meet Charles I will thank him for that, and he will realise that his life was not aimless.”

Prince Charles, giving an official address nobody even pretended to listen to, said: I’ve spent my life waiting to become a meaningless figurehead, and sometimes I wonder if there could be anything less worthwhile.

“Then I remember my brothers Andrew and Edward.” 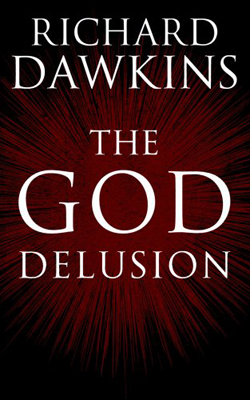 RICHARD Dawkins has threatened punitive action against anyone giving or receiving his books for Christmas.

Dawkins took action after seeing his books displayed at Waterstones next to ‘Unto Us A Child Is Born’ wrapping paper, which he feared would give people ideas.

He said: “Christmas is a gateway holiday, leading to ignorance, pro-life lunacy and moral complacency.

“If you buy my book as a festive gift, especially for a male relative who quite likes telly science but finds Stephen Hawking impenetrable, you’re playing straight into Bin Laden’s spindly dead hands.

“And if I hear about my work being put under any bedecked trees I’m coming around personally to get it off you, plus petrol expenses and a £50 fine for making me look a twat.”

Nine-year-old Nathan Muir had written to Father Christmas asking for a copy of An Appetite For Wonder.

He said: “Richard Dawkins is my favourite scientist after Brian Cox and Doctor Who.

“But Mummy said that he wants me to buy the book with my own money, so now I have to tell Santa not to get it.

“I’m really worried that Santa has already bought it, and that Richard Dawkins is going to shout at him.”

Nathan’s mother Nicola Muir said “We’ve found him this Bill O’Reilly book Killing Jesus which you’re still allowed to give to people for Christmas, so hopefully he won’t be too disappointed. Also, some Lego.”