BRITAIN’S future king has celebrated turning two with a party at a soft play centre in Fring.

Prince George’s party at his grandmother’s house nearby was cancelled because she did not want sticky little hands all over her collection of Christmas cards from dictators.

Instead the heir and pals will visit Chimpy Funsters nearby, where they will enjoy two hours’ access to the play equipment, a meal, a party bag and a visit from Chimpy himself.

Prince George is expected to enjoy diving for soiled sweets in the ball pool, being shoved over by older children with extensive temporary tattoos, and watching the teenage staff clean the big slide after a defecation incident.

“They do a lunch, chicken dippers with a big pile of Wotsits as a starter, washed down with a blue slushie then an eight-tier birthday cake by Royal bakers Fisher & Donaldson. With minions on.

“Then a tattooed goth lad with sixteen piercings comes out in a monkey outfit last washed in 2012 with cigarette burns on the feet.”

The party will be eclipsed by the celebration of Prince Giorgi Bagration-Bagrationi of Georgia’s fourth birthday in September, which will be Ben 10-themed and held in a local community hall. 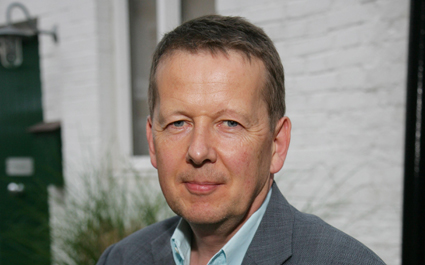 BBC Breakfast host Bill Turnbull is a right-wing agent provocateur sent to discredit the corporation, it has emerged.

After ‘accidentally’ swearing on air, Turnbull was revealed as part of a ring of Tory infiltrators tasked with making the BBC appear morally bankrupt.

A BBC spokesman said: “It’s lucky we stopped him as he was planning to drop unpopular 80s swear word ‘minge’ during an item about the changing role of the Women’s Institute.

“During extensive passive aggressive BBC interrogation, Turnbull described the corporation as ‘a lefty pinko nightmare obsessed with shitty training courses’ and BBC1 as ‘not a proper channel with fit birds on it’.”

“We now believe there are other Tory conspirators discrediting the BBC from within, with suspicion naturally falling on the makers of Snog, Marry, Avoid? and Saints and Scroungers.”

TV viewer Tom Logan said: “I’d always suspected influential people in the BBC were secretly helping the Tories get rid of the licence fee because of all the cakes and dancing.