THE heir to the throne thinks Christianity is a load of nonsense, it has emerged.

The infant was left bitter and angry after being dressed up like a tiny old lady and baptised against his wishes.

Desperately flailing his plump limbs, the future king said: “Get…off…me…I have no interest in your strange, outmoded belief system!”

He continued: “At this age I just want to lie on my back smiling at brightly coloured plastic objects. I don’t think that’s unreasonable.

“I should at least be at the stage of changing my own underwear before choosing a spiritual path.

“However if it was up to me – which clearly it isn’t – I’d probably choose to worship the egyptian gods, particularly Horus.

“He’s a super-muscly guy with a bird’s head. That’s the sort of tangible superhero god a young boy can relate to.

“I can also see myself getting into tarots, crystals and occultism. Who knows, maybe I could be the next Aleister Crowley?

“Anyway I hope you all had a nice time today. I’m soaking wet now, and thoroughly pissed off.”

Most people don't understand the things they say 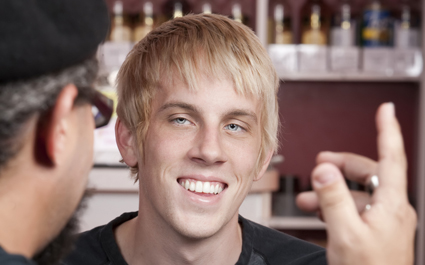 THE majority of people just repeat popular words and phrases without knowing what they mean.

The Institute for Studies found that most human interaction was simply repetition of clichéd phrases and ideas learned from TV, the internet and people who are considered clever.

Humans generally have no idea of the meanings of the words they are saying, but are simply mimicking sounds.

Professor Henry Brubaker said: “We found that most communication consisted of well-worn phrases such as ‘You could not make it up’, ‘It’s a no-brainer’ and ‘Coffee through nose moment!’

“Other popular ‘word-groups’ include ‘they could do with another goal’, ‘duck is quite a fatty meat’ and ‘worst thing ever’.

“Humans are clearly not the creative, highly evolved mammals we imagined, and I now believe we are more similar genetically to parrots or photocopiers.”

Marketing manager Donna Sheridan said: “The idea that we all just repeat things we’ve heard sounds like rubbish to me. These scientists should come down from their ivory towers and try living in the real world.

“I have original thoughts all the time, but that’s probably because I’m a Pisces and pisceans are very creative.”