PRINCE George has been introduced to the world of country sports by shooting a butterfly.

The Prince was given a tiny antique shotgun, originally owned by Edward VII, and a selection of brightly coloured cartridges from Mayfair gunsmith Goebbels and Hock.

With the help of his father he then took aim at a live butterfly that had been stapled to a fence post.

A Kensington Palace spokesman said: “He missed twice – it was adorable – but on the third attempt the butterfly disintegrated, much to everyone’s delight.” 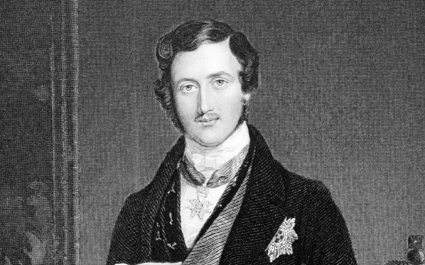 ALL male BBC presenters have some form of penis adornment, it has emerged.

Following the promotion of Evan ‘Prince Albert’ Davis, sources within the corporation said it was dominated by a powerful cock ring clique called ‘the janglers’.

A BBC source said: “Pretty much all the BBC big beasts have some metal in their helmets.

“Huw Edwards sports an amethyst-encrusted hoop in his bell end, while Andrew Neil has four solid gold safety pins in each of his testicles.

“Alan Yentob has pewter chains connecting the base of his shaft to his ears.

“The BBC equivalent of a masonic handshake is to stick a hand in your left trouser pocket and make a rattling noise.

“It all started under Greg Dyke, who said you couldn’t trust a man who hadn’t experienced pain and bought jewellery.”