BRITAIN has told Prince George to make way for a fresh face who can revitalise the monarchy.

The 13 month-old has been dismissed as old-fashioned and out-of-touch by a public who want his sibling foetus to take the throne.

Julian Cook, from Maidenhead, said: “I was excited about Prince George back in 2013, but his time has passed.

“He’s more than a year old now and we’ve heard enough of his stale, Victorian pronouncements of ‘Mama’ and ‘Dada’.

“A 21st-century monarchy needs a figure who can re-invent the institution, not an old bore who hasn’t been relevant since the last official photograph.”

On learning that Prince Charles is still next in line to the throne, Royal watchers said they were pretty sure he died years ago. 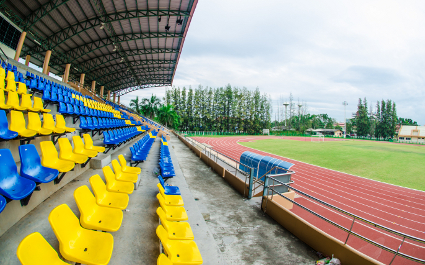 FOOTBALL fan sites are awash with rumours that England might be playing a match this evening.

The game will be held at a smaller, cooler venue like Cambridge United’s Abbey Stadium where fans will be able to enjoy a close-up and intimate performance by the team.

Manager Roy Hodgson said: “If there were a game, perhaps against a cult side like the Swiss, then we wouldn’t just be doing the big crowd-pleasing stadium stuff like grinding out a one-nil.

“It’d be deep cuts that we’ve not done for years, like passing the ball accurately, scoring from free-kicks and properly defending corners.

“But we’re not playing, and certainly not under the false name Avalon Athletic.”

England fan Wayne Hayes said: “I’ve got my pots of red and white face paint in my pocket just in case and am maintaining an obnoxious level of drunkenness.”