Prince Harry called up to join The Fall

PRINCE Harry has been called up to play bass in The Fall.

The prince will undergo an intensive training regime to bring him up to speed with the band’s new material, before undertaking two tours of the north-west this summer.

Prince Harry said: “Being in The Fall is something most young British men have to go through at some point in their lives. Why should I be any different?

“The experience will give me a unique chance to learn about hard graft and discipline, as well as occult horror and existential philosophy.

“I hope to do my country – and Mark E Smith – proud, and pay fitting tribute to all the heroic men and women who have served in The Fall before me.”

Fall keyboardist Elena Poulou said: “He may be fourth in line to the throne, but he’ll be expected to muck in like the rest of us, and allow Mark to fuck with his bass amp during gigs.”

“If he knuckles down, he could find himself promoted to guitarist, second drummer or even the highest rank a Fall member can achieve – someone who gets booted out and then has a song written about them, slagging them off.”

Fishermen only do it because they hate fish 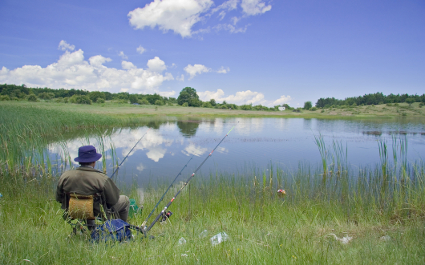 FISHING is not a sport but an attempt to eradicate fish from the world, fishermen have confirmed.

The nation’s fishermen spoke out to dispel misconceptions that this is some kind of game to them.

Norman Steele of Kendal said: “Do people really imagine that we sit in the freezing cold with only a box of writhing maggots for company as some kind of challenge to ourselves?

“What you see is not a man calmly enjoying nature but the stillness of cold, implacable hatred.

“We loathe fish, from their slippery tails to their protruding eyes, and we will not rest until they are cleansed from Britain’s waterways.

“I could catch them in a net. Instead I pierce their lips with a steel hook and drag them, inch by struggling inch, out of their living environment and take a selfie as they’re in their death throes.

“Some fishermen throw them back, yes, but only to give them the pain of false hope before pulling them out again.

“Cruel, but these are fish. There is no limit to the suffering they deserve.”

Vegetarians who eat fish have also confirmed that it has nothing to do with that central nervous system business, they just love helping to exterminate the abominations of the deep.