RUSSIA’S new supersonic bomber is part of its bid to have all the best Top Trumps cards, according to experts.

Analysts fear that Vladimir Putin’s new Blackjack bomber, with impressive statistics including a range of 7,600 miles, will be unbeatable in the ‘Warplanes’ edition of Top Trumps.

Card games analyst Stephen Malley said: “The Blackjack has a bigger wingspan, length and payload than other bombers. Although it probably will be shit at actually flying, it’s all about the statistics on those little shiny cards.

“If it met the UK’s Typhoon in the Top Trumps arena our plane could only hope to equal it on speed, causing both cards to get put in the middle of the table.

“This is a typically Russian attempt to manipulate one of the West’s favourite family games.”

Russia is also currently developing a tank that is longer, wider and heavier than any existing tank, and a new movie monster called Supermegamegadon that is bigger and has 16 per cent more ‘killing power’ than anything out of Godzilla.

Richard III a great guy apart from killing those kids 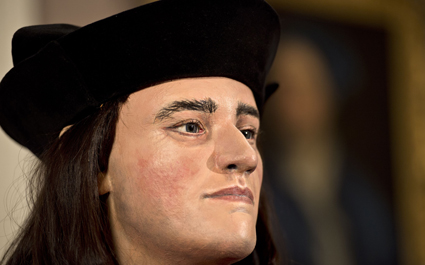 BRITAIN has been celebrating the life of Richard III, who was misunderstood although he did probably murder two kids.

Cheering crowds lined the streets to catch a glimpse of the former king’s coffin, with supporters claiming the princes in the tower were probably pretty annoying anyway.

Historian Mary Fisher said: “If you look at paintings of Richard’s nephews who were entrusted into his care, you get the impression they were really demanding.

“I bet they were always pestering Uncle Richard to buy them ponies, and playing with his sword then not putting it back in the armoury.

“So you couldn’t really blame him if they met with a little accident. I mean, we’ve all thought about it when our kids kick off in the supermarket.”

She added: “We don’t even know he definitely killed them. Richard had no other motivation to do it except that they were his only obstacle to the throne, which he probably wasn’t that arsed about.

“Their remains were never found, so they might have just wandered off and ended up living in a forest as feral princes, kids do that sort of thing when they are aged nine and 12.”

Self-styled ‘Ricardian’ Tom Logan said: “Richard was a good, brave king and legal reformer who was maligned by the sensationalist playwright William Shakespeare.

“People who won’t cut him some slack for killing those princes are just pedants. I mean, we all have our off days.”