PRINCE William is selling the Big Issue on the streets after his grandmother announced he and his line are disinherited.

The former Duke of Cambridge was thought to be publicising the plight of the homeless, before breaking down and admitting he slept in a tent under a bridge now.

Big Issue manager Oliver O’Connor said: “He said that two days after the Jubilee, the Queen called the family in and announced that Charles was no longer her son and heir and Prince Andrew was replacing him.

“Wills, Kate and their kids are now jobless and homeless. Apparently it’s all because Prince Louis was an annoying little bastard at the Jubilee, which seems a bit irrational but then his granny is 95 years old.

“He couldn’t think of any jobs, having not paid attention to any of that, so jumped at the chance to sell Britain’s leading pity-bought publication. He’s doing really well. He’s made £8.80. He thinks that’s enough to buy a house.”

William said: “Kate’s sweeping the floor at a hairdressers and the children are training as East End pickpockets. It’ll all be very jolly and fun. White Lightning Pete is going to introduce me to his favourite tipple later.

“Andrew will be King and Beatrice will be Queen after. Harry’s got deals with Netflix and Spotify. I’m going through the bins behind Greggs for stale buns. It’s all gone a bit wrong.” 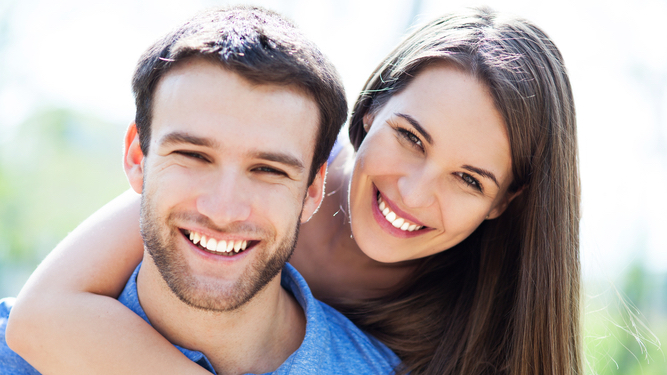 SOMETIMES you’re genuinely puzzled as to what you saw in an ex-partner. Here are some that will forever remain a mystery, like the Mary Celeste but less interesting.

Slow on the uptake man or woman

You shouldn’t mock the afflicted, especially if you were shagging them, but this ex was unbelievably dense. Conversations could easily include ‘Is Jeremy Corbyn Conservative or Labour?’ or, upon seeing a small dog, ‘That’s a small dog.’ Relationships can survive infidelity and even prison, but they won’t survive endless queries like ‘Is John Lennon dead?’

This svelte partner will get you doing healthy things and enjoying nature. Sounds good, right? Until you get to country walks more knackering than a yomp across the Falklands, climbing a hill that looks suspiciously like a mountain, and terrifyingly fast bike rides. Outdoorsiness is so traumatic people should tell you before entering into a relationship, like with herpes.

This ex appears normal until they they come out with something jaw-dropping, eg. ‘White people are an endangered species’ or ‘Of course he’s rich – he’s a Jew’. There’s much to take issue with here, but feeling you should say ‘Sorry, I apologise for my Nazi girlfriend’ was a clue that this relationship wouldn’t work out.

Could be a woman who drags you to ALL her mates’ social events where old chums totally ignore you, could be a guy who drones on endlessly about getting a quad bike or makes you religiously watch his rugby team. Years later you’d like to think they’ve paid for their selfishness with singledom, but they’ll have found a needy doormat who puts up with them choosing what to watch every night.

Dating someone who appears to have had their sense of humour surgically removed is incredibly hard work. They won’t like jokes and they’re definitely not going to get the rich comedy of everyday life, like a squirrel falling off a garage roof. You’ll have to laboriously explain comedy shows, especially anything slightly surreal, and still be met with balls-aching comments like: ‘I don’t think it’s realistic that they’d let Father Dougal become a priest.’