'Come on, we're not Andrew': a timeline of Harry and Meghan's Sandringham summit 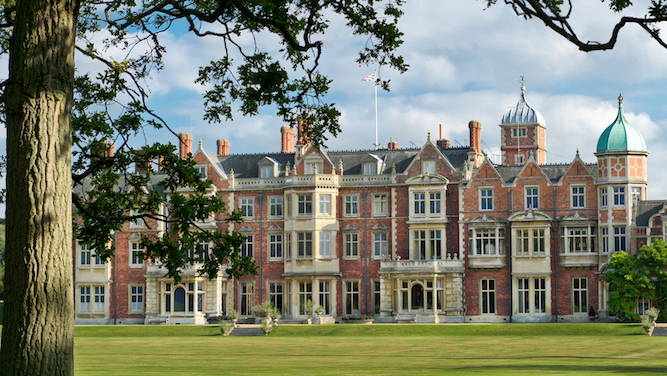 YESTERDAY’S Royal face-off was as emotionally charged as Christmas Day at the Queen Vic. Here’s how it went down:

10.40am: Kate arrives wearing a load of crown jewels and a massive cloak carried by her sister Pippa. Imperiously ignores proceedings to go through files of press clippings about how marvellous she is, reading sections aloud.

11.20am: William and Harry go in for a hug for the first time in ages, only for the Duke of Cambridge to attempt to pull his brother’s trousers down and the Duke of Sussex to respond with an atomic wedgie.

12pm: In an immense power play the Queen arrives with all of her handbags, several of her race horses, three bishops and a military truck engine like the ones she assembled in the war.

2pm: Summit officially begins. Meghan, on FaceTime from Vancouver, is flanked by girl squad Amal Clooney, Serena Williams and Canada’s own Alanis Morrisette. They shout ‘you go girl!’ while Meghan sulks that Michelle Obama and Oprah never returned her calls.

2.45pm: Every time Harry is chastised for his unorthodox behaviour, he silently points to Uncle Andrew. Wills joins in with a recurring sneeze that also sounds strangely like the word ‘nonce’.

3.45pm: The Queen agrees to allow the couple to do what they had already announced they were doing anyway because nobody can stop them. In London Piers Morgan collapses to his knees with the sheer weight of the injustice.

4.15pm: Charles pretends to be having a normal conversation with Harry while mouthing ‘Take me with you.’ The pair then visit then nightclub Mahiki before being spotted stumbling arm-in-arm to the Canadian embassy.