Queen Spending 'A Shitload' Of Money, According To New Report

SPENDING by the Royal Household has increased from a serious wedge to a shitload, according to official accounts.

The Royal Family's appetite for luxury continues to expand with vast sums being spent on exotic food, international jousting competitions and Aston Martins.

A Palace spokesman said: "Being a member of the Royal Family is a job. They work very hard and are not just a bunch of millionaires who spend most of their time on holiday or pretending to be interested in things."

Meanwhile the Queen's peas continue to be delivered individually in more than 250 horse-drawn carriages.

The system costs £28 million a year and turns Norfolk into a no-go area.

The event attracts fat men from all over the world who run for their lives across open parkland pursued by a panther.

It's the Queen's favourite event of the year and has her "doubled-up with laughter" according to Royal experts. 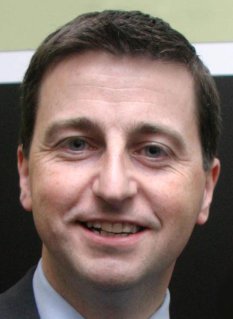 IN his first official act as Secretary of State for International Development, Douglas Alexander is to spend the summer with his pen pal in Bulgaria.

Leaving next Monday, Alexander will spend eight weeks with the family of 16 year-old Todor Vonkovich, who lives in the town of Smolyan about 50 miles south of Plovdiv.

Alexander said: "It's such a great thing to do before I go to university in September.

"Todor and I have a lot in common. We're both huge fans of Bono, we both love Time Team and we're both 10th level wizards, although I have considerably more realm points than he does."

He added: "I hope to learn much of Todor's culture. Perhaps I'll start a 'Friends of Bulgaria' society at Edinburgh University. It's important to demonstrate a wide range of interests on one's CV."

Vonkovich is a typical Bulgarian youth. After buying himself out of the army he set about avenging the deaths of his ancestors.

His hobbies include football, chess and running the biggest zinc refinery in central Europe.

Vonkovich said: "I have told Mr Douglas to bring lots of credit cards and enough cash to buy a big van."