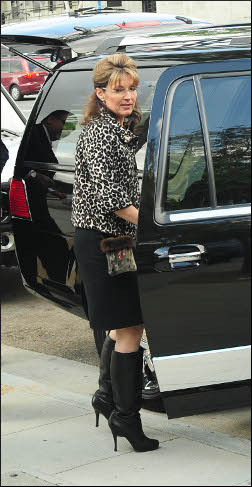 BP is to set up an oil spill compensation fund which experts say will ultimately be used to buy country and western music and books about creationism.

The $20bn dollar fund will be used to support communities in Louisiana, Alabama and Mississippi, where most people believe that Charlton Heston made the world in a giant heterosexual frying pan.

The company admitted it had a responsibility to help the people affected by the disaster, but stressed that eventually someone will have to clean up the mess made by the compensation fund.

Nathan Muir, oil spill compensation analyst at Donnelly McPartlin, said: “Given the demographic spread and intellectual capacity of the likely recipients, it would seem that Barack Obama has succeeded in channelling large sums of money directly into Sarah Palin’s presidential campaign.

“And if Mrs Palin is elected she will, of course, allow oil companies to go fucking mental, meanwhile the rest of the money will be used to buy massive, stupid cars that do about four yards to the gallon.

“BP may actually have played this brilliantly.”

Corinne Whitman, a high school principal from Gulfport, Mississippi, said: “Ah is gonna spend that money on a new tooth, a hunk o’ cheese the size o’ ma head and a book about how Barbara Streisand wants to kill ma family and eat their hearts with a spoon.”

The compensation fund was also welcomed by Billy Jim McDonald, one of the new wave of singer-songwriter-pig molesters out of Chickasaw, Alabama.

“Ah sure done wanna thank the good folks at PB for givin’ money to all them people so they can done go out and buy ma compact discs.”

He added: “Ah done wrote a new song about a man who falls in love with a pig, but they can’t get married ’cause the pig don’t believe in Jesus.

“So after one last night of sweet lovin’, he kills the pig and then eats it so that they can be together for ever.

“Or at least until he has to go to the toilet.”