British iPhone To Include A Sense Of Fair Play - And Racism 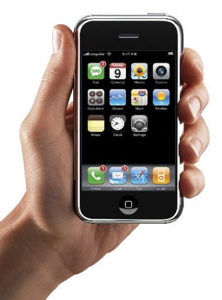 THE British version of the Apple iPhone will come with an inbuilt stiff upper lip, a sense of fair play – and racism.

Apple has loaded all UK phones with its new iMigrant® software which makes the handset and its user immediately suspicious of anyone from abroad who looks and talks funny.

If used by anyone who speaks foreign or uses heavily accented English the iMigrant® application will report their whereabouts to the Home Office and local fire bombing vigilantes.

Steve Jobs, Apple CEO, said: “These people come over here, clean our toilets and drive our buses. Now they want our phones too. On the NHS.

“Why can’t they stay put and talk to each other in their own stupid languages instead of coming over here and blowing themselves up and fixing my car?”

While the added racism is bound to make the iPhone a huge hit there are doubts over whether Apple has built enough specially modified British versions to meet demand.

According to leaks posted in Apple chatrooms this week the company has only shipped 10,000 iPhones fitted with right-hand drive to Britain ahead of this Friday’s launch.

Once these are gone customers will be forced to accept left-hand drive phones originally intended for the continent, even though they are not legal for use on British roads because their headlights dazzle other drivers.

Chris Nuts, an early adopter of Basildon, Essex, said: “Apple is saying I can fix this easy by buying headlamp stickers from Halfords. Is it a Paki shop?”

Robert Kilgour, a glasses wearer also of Basildon, said: “What happens if I get a wop phone and all it does is stink of grease and want to sleep with my sister?”

Daniel Craddock, an amateur pornographer, also of Basildon, said: “Every iPhone gets a grant for a new car, a five-bedroom house off the council and a million pounds from the lottery. I can’t even get me piles done. It’s a fucking disgrace.”