THE decomposing elephant from Channel 4’s Life After Death has been spotted partying with Kerry Katona at a string of exclusive London clubs.

Fast-rising carcass Tom Logan spent last night celebrating his success at some of the capital’s most glamorous venues with such luminaries as Alex Reid, Lisa Faulkner and Dean Gaffney, before finally being winched out of Soho members’ club Prick House at 5am with former Atomic Kitten songstress Kerry Katona.

An onlooker said: “They looked like they were really enjoying each other’s company outside the club as the dead elephant was carefully lowered onto a chaffeur-driven flat bed lorry trailer.

“Kerry was whispering in its ear flap and giggling. She certainly didn’t seem put off by the flies, the stench, or the murder of crows tearing shreds of decaying flesh from his putrefying flank.”

He has since been moved to London, where his agents are rumoured to be in advanced talks with the producers of Hollyoaks.

“The word on the entertainment grapevine is that there’s a really good bloated porpoise just washed up on a beach in Denmark.”

She added: “Tom certainly looked tired when he left Whiskey Mist last Tuesday via a complicated system of pulleys.

“I hope he isn’t partying too hard as a way of escaping the pressure.”

Cameron and Clegg clash over how to elect greedy, incompetent freaks 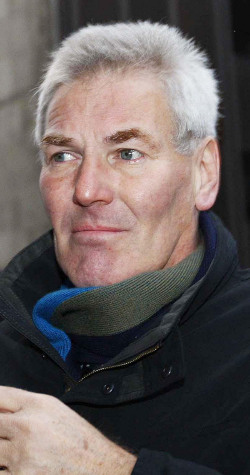 David Cameron and Nick Clegg will today set out their opposing views on the mechanism by which the House of Commons is filled with thieves, cretins and weirdos.

The prime minister will insist first past the post ensures each greedy freak is accountable the moment he gets caught, while the system also provides stability and certainty except when it doesn’t.

Meanwhile the deputy prime minister will claim it is time for Britain to move into the 21st Century and elect its oleaginous scum and petty, childish, self-serving morons proportionately.

Mr Clegg said: “The first past the post system is out of date. I don’t have to explain what that means. It just is.

“Also, the PR system means policies will be formed through discussion and compromise, unlike now where each party finds them buried under an old tree.

“And let’s not forget that it was being elected disproportionately that turned politicians into brazen thieves rather than them just being the worst people in the world.”

But Mr Cameron insisted first-past-the-post has delivered historically decisive results, such as in 1979 and 1997, resulting in popular governments that were not filled to the brim with the sort of grimy bastards you would have enthusiastically fed to a shark.

He added: “Also, don’t forget Nick Clegg will eventually be forced out and replaced with some fucking hippy who will condemn Britain to an eternity of Milibands and Harmans where everyone enjoys exactly the same amount of unremitting misery.”

If you are the kind of person whose life is so bad you think you need a politician to make it better, the PR referendum will be held on May 5th.

What is the alternative vote?
Under the AV system, voters rank candidates in order of height before ranking them again in order of stench.

The candidate with the most points goes through to round three where he must beat a pair of local schoolchildren in a Blockbusters-style quiz.

If he fails then the second-placed candidate takes on the children and if successful then goes on to wrestle a kangaroo.

The fifth round involves defusing a live feminist before the clock reaches zero and in the sixth and final round they have to sing a song in front of an audience of easily unimpressed Glaswegians.

Whoever makes it through all six rounds then gets to treat you like a child while stealing your money.