Call for Middle East protests to be about Cheryl Cole

THE wave of protest across the Middle East needs a unifying theme that any moron can understand, it was claimed last night.

Experts warned that unless the protesters picked one thing or person to be either for or against then Westerners would continue to dismiss the unrest as something to do with the hot weather.

Julian Cook, professor of simplistic explanations at Reading University said: “In 1989 lots of haggard-looking eastern Europeans said ‘we want Levis’. We had discovered the universal language of overpriced jeans.

“Unfortunately this doesn’t seem to be about Levis, or rock’n’roll, or even freedom for that matter.

“In Egypt they just wanted to get rid of one guy and didn’t seem at all bothered when the army took over. In Tunisia it seemed to be about food prices and the first lady’s handbag collection, while in Bahrain it seems to be about religion, which from a marketing perspective is an incredibly bad idea.”

He added: “They need to get together on Facebook, pick something that their current system denies them and then make it all about that. My initial suggestion would be Cheryl Cole.”

Helen Archer, a woman who just can’t quite seem to care about it from Hitchin, said: “I’m not sure why I don’t care, but I just don’t.

Bill McKay, from Darlington, added: “I sort of care a little bit but any enthusiasm I have for the protests is tempered by the worry that whatever it is they don’t like will be replaced by something insane that wants to kill me.

“The last time there was a revolution in the Middle East was Iran in 1979 when they replaced the Shah – by all accounts a bit of a fucker – with something insane that wants to kill me.

“If they make it about Cheryl Cole then at least it won’t be about something insane that wants to kill me.

Britons face not being able to have everything they want 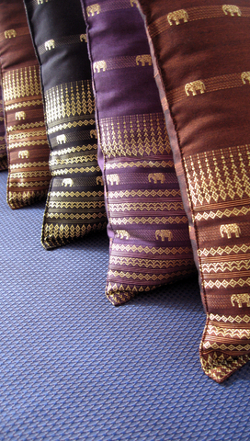 BRITAIN’s ongoing economic turmoil could leave households unable to buy whatever they fancy, according to a new report.

Research by the Institute for Studies has found that rising inflation and stagnant wages could mean formerly comfortable households are no longer able to have the lovely things they like so much, like high quality muesli or throw cushions.

Professor Henry Brubaker said: “Many middle-income families are entering a new dark age where they will see things in the Sunday supplement and not be able to afford them right away.

“This will even include simple items, such as a tasteful artisan-crafted garden chair sourced from renewable forests or a retro 50s-style bread bin that oozes Mad Men chic.

“And it’s not like they can even save up for them, because we all know saving is only for demented pensioners and children who’ve just got their first piggy bank.”

He added: “If you’ve ever read The Road by Cormac McCarthy, this year’s going be a bit like that, except instead of eating dead babies we’ll be eating sandwiches we made ourselves.

“However the weather will be just as bad as in the book.”

Sales manager, Stephen Malley, said: “I’ve worked reasonably hard for most of my adult life and all I ask for in return is a big house full of the very latest gadgets, a new car every year, long holidays in hot countries, an enormous amount of golf and some cupcakes.

“If I can’t have those things I shall be forced to lie face down on my front lawn and scream.”

He added: “Sure, there are lots of people in the world worse off, but then they’ve never had nice things and yoghurts that are crunchy on top.