Shitting, pissing, flushing - the infinite joys of owning a toilet. By Adrian Chiles

IN times like these, when there’s not much happening to think or write about, you find your mind drifting to the little things in life. Such as the lavatory.

We take it for granted. But just suppose we were in a situation where there wasn’t one to hand? What would we do our wees and plops? You’ve probably never wondered about it, but as a top Guardian columnist it’s my job to wonder on your behalf and I can only conclude: crikey, beats me!

Let’s face it, toilets come in handy. Let’s stop to think of all the things we can do with them. Shit in them. Piss in them. Sometimes both at the same time. People talk about how useful kitchen sinks are but it’s just not the same.

And let’s not forget the flush. Apart from shitting and pissing, is there any more satisfying toilet-related activity than the flush?

Think about it. Just one push of your hand and your dirty deeds are washed away. It’s very cleansing, when you think about it. Like the Catholic church. You’re the sinner and Jesus is the cistern. Or the Toilet Duck. Or something. I’m confusing myself now with all these deep thoughts.

The thing is, you try to talk to your kids about toilets and they’re not interested. They bring round their friends and I show them our toilets, demonstrate the flushing action, invite them to do a wee in them, and they make a face at you like you’re one of those ‘weird Dads’.

In conclusion, I’d say, if you have a toilet – cherish it. And if you don’t, why not give one a try? You’ll be surprised at the difference they make.

Putin gets his arse kicked at Warhammer 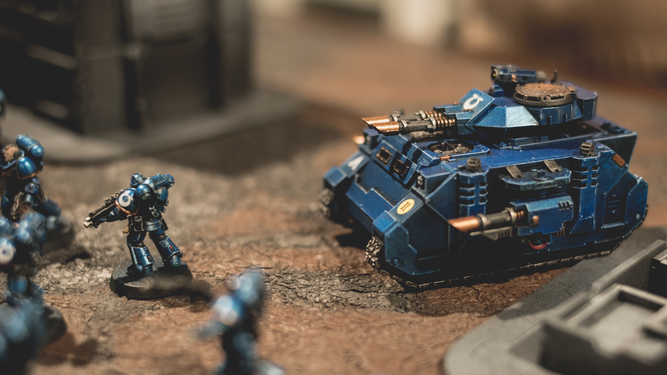 VLADIMIR Putin’s forces have suffered a series of humiliating defeats during a Warhammer conflict with a spotty teenage nerd.

As a break from events in Ukraine, the Russian president arranged a miniature wargame with Anton Mikhailov, 13, during which his space marines were annihilated and his behaviour became increasingly erratic.

Onlooker Daniel Vasiliev said: “When Putin arrived he produced a gold-plated briefcase full of space marines. Then he started saying stuff like ‘I’m going to smash you, I’m going to rip your balls off, you little shit’. He was pretty weird.

“But when the game started he was crap at it. He was obsessed with killing all Anton’s orks, chasing them all over the battlefield and not completing objectives. Total noob mistake.

“Anton kept picking off his marines with ranged weapons, then Putin flipped out and said ‘Right, take your shirt off. I’m going to fight you’. Anton was like, no way bro, because the guy was psycho. Also, didn’t he learn to how to kill people in the KGB?

“When Putin was about to lose he suddenly decided to stop playing and go home. As he left all he said was ‘At least I’m not a virgin. I shag hot gymnasts. I’m not making that up, you can ask anyone.’

“He didn’t even thank Anton’s mum for the blackcurrant squash and ginger biscuits. I guess he’s just a bad loser.”

A Kremlin spokesperson said: “The president won a decisive Warhammer victory at Anton Mikhailov’s house. Any other claims are lies by the West, NATO and liberal transsexualists only JK Rowling and our brave leader have the courage to stand up to.”