DESPERATE for your house to smell like Hollywood pussy but can’t afford £58 for Gwyneth Paltrow’s signature product? Try these budget options:

Go bottomless around the house, invite friends with vaginas around to do the same, turn up the heating and watch a montage of Paltrow’s classic movies Shakespeare In Love and Iron Man 3.

Get a bundle of Gwyneth Paltrow’s used underwear by writing to any tabloid, they collect this stuff as standard and need the space, and sew it into an attractive scatter cushion.

Search YouTube for a clip of Chris Martin describing his former wife’s quim aroma – he probably did, they were that kind of couple – and recreate it using flowers and herbs from the garden collected in a jam-jar.

Settle for second-best by buying a Hilary Swank vagina-scented candle at The Perfume Shop, located in any nondescript shopping mall, town centre or retail park.

Simply shag a candle while pretending to be the Sliding Doors star. Warning: women only. Ballsweat candles are not yet a thing.

Equip a red-carpet paparazzi with a special camera of your own invention that can ‘photograph’ fragrances. Develop the ‘photograph’ of Paltrow’s private area into one of those classy reed diffusers for the downstairs bathroom.

Don’t buy a celebrity fanny-flavoured candle. Instead, contemplate the state society must be in for them to exist, with reference to the last days of the Roman Empire. 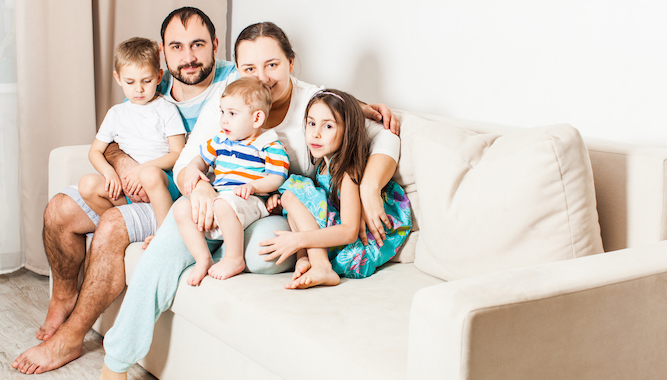 A COUPLE concerned about their carbon footprint have confirmed they are more than happy to give up their third child.

Helen Archer and Joseph Turner have already become vegetarian and given up flying but believe the most ethical sacrifice they can make is to upcycle youngest son James to a family in need.

Archer said: “We’re all going to have to give things up in this time of climate crisis. James understands it’s the right thing to do.

“Joe and I had three children before we knew what damage we were doing to our fragile world. By downsizing James, we’ll be reducing our carbon by 60 tonnes a year and can convert his room into a home office.

“We’ll be a streamlined family ready to face the 21st century with pride, and I’m sure he’ll be happier. It’s a selfless act that will benefit everyone, especially us.”

She added: “If not him then the middle one.”