EAMONN Holmes shared dangerous 5G conspiracy theories on This Morning, but what far-fetched conspiracy explains him still being in f**king work? Try these:

This secret organisation holds all the power and runs the world. Everything we do, they decide. Eamonn isn’t one of them. He’s one of their pets, and keeping him employed by ITV is less trouble than setting up a webcam.

Our entire reality is a simulation running on a quantum computer. Holmes is a glitch in this simulation, as nobody as untalented and pug-faced as he is could ever make it on television. Once the world spots this we will wake up from the simulation and be free.

Finding it too much trouble to abduct ordinary people and spend an evening anally probing them, grey aliens have decided to recreate the sensation of a massive pain in the arse when you wake up by putting Eamonn Holmes on This Morning.

Flat-Earthers maintain the Earth is flat. Fat-Earthers believe the planet is round but has put on far too much weight around the middle. Eamonn Holmes owes his crappy excuse for a conspiracy-spreading career to his physical resemblance to this obese planet.

According to his official date of birth, Holmes was only three when John F Kennedy was shot. But he could easily be 20 years older, and extorted the Mafia into giving him a four-decade broadcasting career in return for his finger on the trigger that fateful day.

He is the Antichrist

The Beast spoken of in Revelations, risen from the deep telling blasphemies and threatening to destroy the world, could well be Holmes who while he doesn’t have seven heads has at least that many chins. Mentions of a second Beast refer to his wife and co-presenter Ruth Langsford. 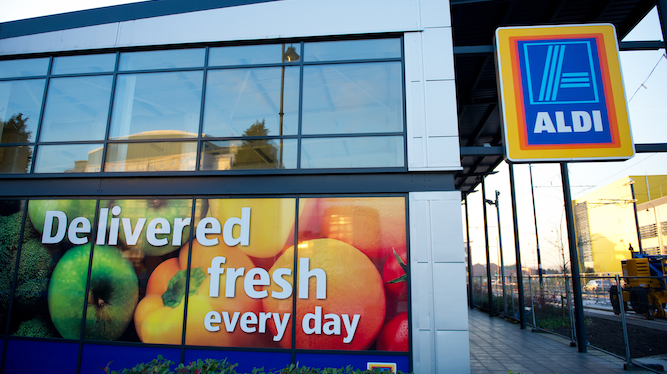 BUDGET supermarket Aldi is restricting shoppers to one fluorescent all-in-one ski suit per person, and no more than two waterproof cuckoo clocks.

The German chain is enforcing rationing across the board, with shoppers allowed no more than four Chronicles of Riddick frisbees and only one 22lb bag of frozen prawns.

Stephen Malley, manager of the Uttoxeter store, said: “Our supply chain has been badly disrupted by coronavirus. We should have a gross of authentic brass diving bells by now, but we’re still on our winter stock of flaming juggling torches.

“So to ensure everyone gets a chance, we’re restricting the sale of certain items to avoid stockpiling. Rest assured that when you come to Aldi there will be enough foldable beehives, 2010 World Cup vuvuzelas and two-gallon jars of sipping honey for everyone.”

Customer Roy Hobbs said: “This place is mental. I came in for a remote-controlled dove and left with a loaf of bread, a pint of milk and some bin bags.”