AS CORONAVIRUS has shown, things can always get worse. For example, if any of these six spoke up:

The time of cult leaders issuing messianic screeds from their secure bunkers is surely upon us, but weirdly Kanye has yet to release a new album telling us only he and his followers who’ve bought Yeezys are immune from COVID-19 and will inherit the earth. Is he okay?

Whatever your political persuasion, it’s been a joy to have Theresa May gone this last eight months. Imagine her at the podium daily, repeating the same phrases woodenly and glaring at us like it’s all our own fault for not being her.

Is he in prison or not at the moment? Anyway, there’s no need to wonder to what Tommy’s up to. His life is a simple equation: ‘something wrong’ equals ‘it’s immigrants’ fault’. Presumably out right now blaming anyone browner than him for hoarding toilet roll.

Following Gal Gadot’s car-crash Imagine video, Hollywood appears to have realised that the last thing we need right now are multi-millionaires telling us we’re all in it together. The psychological fallout of being less popular than binmen will sustain LA’s therapists for decades.

If the football season had continued behind closed doors, every game Spurs lost would be, according to their Eeyore manager, because of coronavirus. ‘No other team has suffered as much from coronavirus’. ‘Of course, this is coronavirus’. ‘How we can expect better when coronavirus?’ You know he’s regretting not being able to use those lines.

Britain struggling to cope with exponential rise in WhatsApp messages 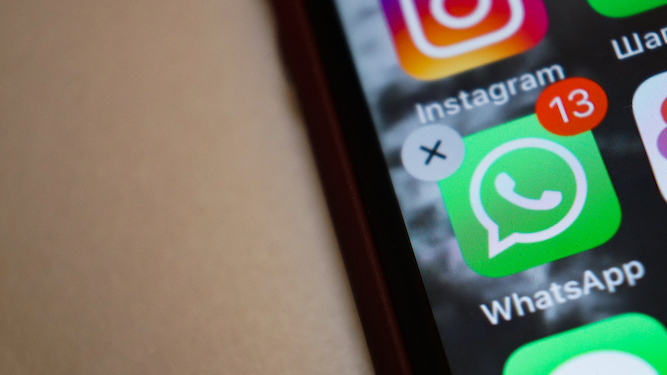 THE UK is not succeeding at flattening the curve of the number of WhatsApps it is receiving, it has admitted.

In many cases message numbers are doubling every 48 hours, with some waking up to as many as 4,000 coronavirus-themed GIFs every morning.

Emma Bradford, aged 39, said: “The numbers are terrifying. We’re already at the stage where it’s impossible to respond to everyone.

“Yesterday Nikki asked if it was ok to leave the house to fetch a jumper from her car and Uni Mates Chat exploded. I couldn’t stay on top of it because I was stuck in the middle of a furious debate in my family group about how long cheddar lasts.

“I’m trying to slow the tsunami by slapping a facepalm emoji in each of my threads every few minutes and hoping for the best, but I’m aware that I’m still part of the problem.

“It’s impossible not to get drawn in, because I’ve got nothing better to do than to forward witty quotes and then watch in horror as they come flooding back to me through ten other different chats.

“I didn’t think anything could be more tedious than work, but my email inbox will feel like heaven after this.”