So this next exercise is called 'overthrow capitalism', says Joe Wicks

JOE Wicks is teaching his junior army exercise moves like ‘overthrow capitalism’, ‘throw the molotov’ and ‘the guillotine’, a parent has noticed.

The chirpy exercise guru has had unsupervised access to the nation’s children for the last eight weeks and freshened up his fitness programme with training on how to bloodlessly overthrow the government.

Parent Will McKay said: “The kids were in the lounge doing Joe Wicks as usual, but because we ran out of booze on Saturday for once I wasn’t hungover.

“I heard him in his trustworthy common accent saying ‘And once you’ve maxed out your parents’ credit cards at the food bank report it as fraud, then the banks foot the bill’ which seemed not very PE.

“So I looked in and he was doing burpees while instructing the kids on the strategic points to occupy to hold Whitehall and cut off government communications. Which made me suspicious.

“But then he brought in his former glamour model wife Rosie to help, and before long I was exercising along with seizing the means of production and it all seemed fine.” 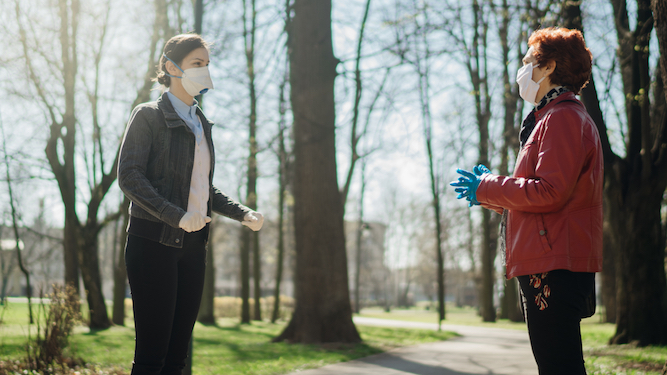 ENGLAND has been making the most of the freedom to meet a lone friend in a park to mouth the hell off about their f**khead partners.

Donna Sheridan of Shrewsbury said: “I’ve spoken to my sister on the phone every day, but Dan was always there. I couldn’t really unload about his athlete’s foot and braying laugh and impotence.

“From two metres away, I vented hatred and shared my fantasies about repeatedly bashing him in the face with a brick of bread ruined because he dicked around with my sourdough starter. And it felt so good.”

Sister Sarah admitted: “I hope they relax the rules a bit more soon, so we can meet in groups and I don’t have to be alone on the receiving end of any more of this couples shit.

“I met my mum in the afternoon. I thought it’d be really emotional, but all she did was bang on about what a selfish arsehole my dad is. And also she hates the dog.”