THE apparent sudden death of Grigori Rasputin has provoked a mass outpouring of emotion on social media.

An avalanche of tributes to ‘The Mad Monk’ appeared following rumours that he had passed away at the age of 146.

Twitter user Mac23 wrote: “So sad to hear of the loss of #Rasputin. My thoughts are with his friends and family.”

Fan Stephen Malley posted on Facebook: “Hope the rumours about Rasputin aren’t true. Will always remember him and his hit song that brought joy to millions. Will post video beneath.”

Rapper 50 Cent posted: “Bad news about Rasputin. Didn’t agree with his esoteric philosophy but he was a true man of God #RIP #SMSaudio”

However Twitter user Wayne Hayes said: “This is bullshit, like when they say Alex Turner from The Arctic Monkeys has died.

“Everyone knows Alex Turner was stabbed, poisoned and thrown into a river in Russia in 1916.”

Use Jaffa Cakes instead of tampons, says Osborne 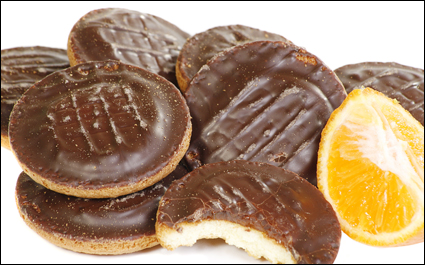 THE government has urged women to save money on sanitary products by using Jaffa Cakes.

Tampons are controversially taxed as a ‘luxury, non-essential item’, whereas Jaffa Cakes are VAT exempt in the UK.

Chancellor George Osborne said: ’You can get a box of 24 Jaffa Cakes for about a pound in most places, whereas tampons cost on average £2.

“You can maybe eat half of the box of Jaffa Cakes and use the other half in place of tampons.

“They have a soft, cake like bottom, so I’d imagine they would be absorbent to some degree. I would lick or scrape the chocolate off first because it might melt.

“Perhaps use two or three in a small stack for those days when you have ‘big stuff’ going on.”