Men with long hair far too into it

MEN are unable to have long hair without becoming preening narcissists, it has emerged.

Researchers at the Institute for Studies highlighted Russell Brand, Steven Seagal and footballer Zlatan Ibrahimovic as being entirely typical of male ponytail owners.

“His internal monologue is ‘Are they looking at it?’, ‘Should I switch products?’ and ‘I’d better swish my ponytail around because it looks especially lustrous today’.

“That’s ok if you want to a sportsman or the chosen-for-their-looks drummer in a fake-indie rock band, but in conversation you will not be as strong on non-hair topics.”

Long hair owner Stephen Malley said: “I am a fusion of the sexiest elements of man and woman.

“If my house was burning down and I only had ten seconds to save my girlfriend, I would just run outside to avoid damage to my hair.

“It’s what she would want.”

Everyone on poetry circuit a disgruntled secondary school teacher 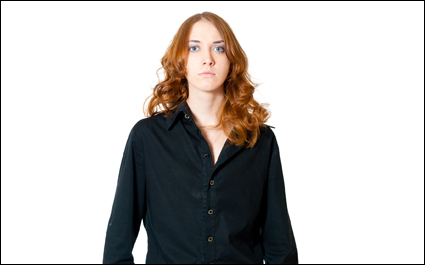 ALL amateur performance poets are secondary school teachers with an axe to grind, it has emerged.

Teacher/poet Tom Booker said: “I hate Michael Gove with a passion and due to the fact I teach English, I thought what better way to express that than through the use of poetry.

‘For example, my first poem was called Michael Gove Can Fuck off and Die as Far as I Am Concerned.

“It’s a good thing I went on first though as other performers’ work followed a similar theme.”

Fellow teacher/poet Emma Bradford said: “My poems are about how much the other teachers just don’t get how artistic each and every child has the capability to be.

‘I know Pink Floyd sort of covered that territory in a song, but my poem sees the establishment not as a wall but as a sort of big evil anteater that sucks up individuality.”