THE stars of Mrs Brown’s Boys are accumulating as much money as possible before their audience sobers up and realises the show is an abomination.

It has emerged that three stars of the BBC sitcom have used an offshore tax-avoidance scheme to hoard £2m in the knowledge they will eventually have to flee to the Caribbean, or be set upon by the millions of angry licence payers who watched the show because they were too drunk to find the remote control.

A BBC spokesman said: “Britain’s ever-growing alcohol dependency has allowed us to churn out some absolutely horrific stuff.

“The cast pleaded with us to let them do something of real quality, but we assured them it would be a complete waste of time.

“Fair play to them if they want to take advantage of this, but the day of reckoning will come if you all finally stop drinking.”

The spokesman added: “The Blue Planet is just some puppets in a fish tank.” 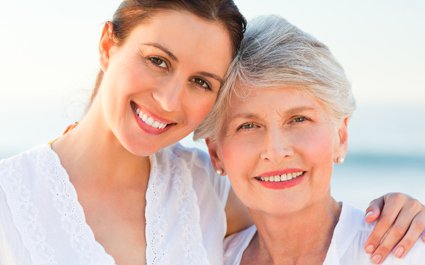 A MOTHER has announced the discovery of age-related imperfections on her 33-year-old daughter’s face.

Mary Fisher and her daughter Susan were browsing for Christmas presents in John Lewis, when the light caught Susan’s face at an angle clearly revealing ‘crow’s feet’ and other signs of ageing.

Once satisfied in the veracity of her findings, Fisher announced them to everyone in earshot on the second floor of the department store.

She told her daughter: “I can’t believe you’ve got wrinkles, it seems like only yesterday you were young.”

Fisher added: “Obviously if you see signs of ageing in your daughter you have to alert her. She might not notice otherwise, which could lead to insufficient effort to find a husband.

“Anyway I told her she’s still quite attractive for her age, and it’ll be fine so long as she never smiles.

“But she mustn’t frown. That’s why her forehead’s like it is.”