Viewers who had returned to their televisions after Piers Morgan was sacked, say James Corden’s late-night chat show is like being shot in the leg.

Wayne Hayes, of Phoenix, Arizona, said: “The wobbling jowls, the crooked teeth, that indefinable but repugnant smugness. I dared to believe it was over.

“They told us Morgan was loved in his native land, which turned out to be an exact inversion of the truth, and now you’re doing it again?

“If I’m going to watch pale, sweaty, giant-faced men I would like those men to be Americans.”

Women somehow not patronised by all advertising 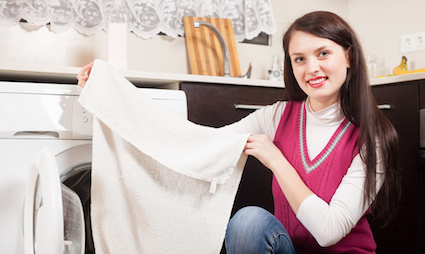 FOR some reason women do not feel utterly patronised by all advertising, researchers have found.

Of the 2,000 women interviewed by the Institute for Studies none felt patronised by the blatant attempt to sell them things by telling them they are always right about everything.

Advertising executive Martin Bishop said: “The idea that women are right about everything is, of course, ludicrous. But no-one is objecting so we just keep doing it.”

Spillman also said the depiction of groups of women was very realistic, adding: “Me and my friends often meet up to discuss the fat content of yoghurts.

“And often we litter the conversation with double entendres about big, fat cocks.”