LOOKING to police the finances of philanthropic footballer Marcus Rashford? Daily Mail editor Nikki Hollis explains what he can invest in:

Only those who have inherited weath or earned it decently in finance can buy the kind of homes seen in Sunday supplements. When mere celebrities do it they are violating the unwritten laws of decency, and it’s my duty as a journalist to needlessly speculate about the cash value of their properties.

Food for every single child in Britain

If Marcus was serious about feeding the children of Britain he’d spend every penny of his ludicrous wages Deliveroo-ing food to their front door. Should he actually do this we’ll run a front page on how it was our idea all along while criticising his choice of meals. We’re not racist.

Don’t you think it’s deeply hypocritical that Marcus is using his own money to buy fancy houses while campaigning for hungry children to be fed? If not, read my piece ‘PROPERTY MOGUL MARCUS WANTS YOUR TAXES FOR HIS VULGAR MANSION’ and try again.

An education in knowing his place

Marcus has unfairly used his social media accounts to force a good, Tory government to U-turn on free school meals so thinks he’s the big I am. He should learn to do something of actual use to the community, like my articles about women half my age pouring their curves into bikinis.

We ordered a bulk load of this naff tat for a giveaway back in 2012 and it hasn’t shifted. If Marcus gives me a couple grand for it, cash in hand, I’ll call off the baying mob that is our readership with a two-page feature headline about how he’s England’s future. 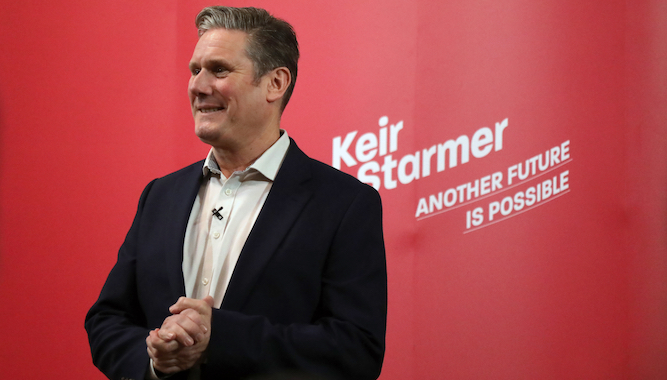 HI, Keir here. I’ve been given a bit of ‘stick’ for choosing Three Lions as one of my Desert Island Discs. Allow me to reassure you that I genuinely love the following hits:

World in Motion by New Order

I listen to this 1990 World Cup song at least six times a day. Not because I’m ineptly trying to appeal to patriotic voters, but because John Barnes’s raps are so bloody good. He could have been a British Mos Def.

There’s nothing like a bit of 70s disco. The fact that the one I’ve chosen is about a famous British military victory is coincidence. I’m sure there are loads of disco tracks about British martial triumphs. I imagine Donna Summer did one about Agincourt.

Talking of the British Mos Def, I think we all remember this 1989 hit as one of the greatest rap songs ever produced, don’t we? Of course we do, and unlike something by say, Stormzy, it isn’t a completely predictable choice that the media will take the piss of.

Another England football song – I must really like England and football, like voters do! Who could forget the poetic, Dylan-esque lyrics, ‘We’re on our way/ We are Ron’s 22/ Hear the roar/ Of the red, white and blue’, or the haunting vocals of Glenn Hoddle?

In the Army Now by Status Quo

A song that combines two great British institutions: our armed forces and Status Quo. All brave men and women, and while Rick Parfitt and Francis Rossi may never have borne arms for their country, they did do a heroic amount of cocaine.

I always have this on in the car… no, I’m sorry, this is going too far. Excuse me while I go and give a spad a bollocking.