The PR princess and the big fat disaster capitalist: a fairytale romance for British children

ONCE upon a time, in the United Kingdom of Britain, there lived a man who had everything but for whom it was not enough.

Boris was handsome, rich, popular with the people, married with four wonderful children and the Mayor of London, but still he yearned to shape the destiny of his country, to achieve global fame, and to bang someone younger.

One day Boris was polishing a lamp when a genie sprang out! A data genius called Cummings.

‘Boris’, he said, ‘I can grant all your desires with a magick called Brexit. If you make all the people believe in Brexit they will forgive you anything, even walking out on your wife and kids for a blonde piece.”

Boris belived Cummings, and together they fashioned a Brexit that enchanted the whole country, and a young blonde named Carrie appeared magically, as if in Tory employ.

Soon Boris was ruler of all the land and, as Cummings had promised, the moralistic family-focused Conservative party and media did not care in the least that he had left his wife for a woman 23 years younger, nor that she was pregnant out of wedlock.

Meanwhile Carrie, for so she was called, was in love with the man of her dreams: powerful, charismatic, unconcerned with household budgets. But she distrusted Cummings and wished to break his malign spell.

Thanks to her womanly magicks Cummings was fired and his own enchantments turned on him, for all his evidence to a select committee was as nothing and melted into air.

And so the wonderful day came when Boris and Carrie wed, and the whole nation gazed upon their perfect love and not one soul doubted that it would last forever. 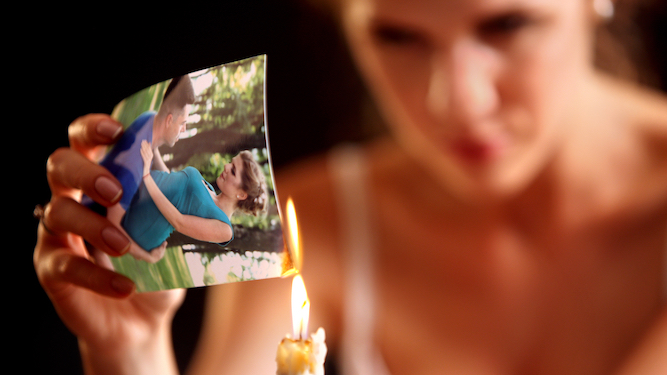 NEED to ditch that relationship baggage you grudgingly call your partner? Avoid these dates:

When you’ve gone to the effort of buying presents, organising a party and lavishing your partner with the requisite affection, it will sharpen rather than soften the blow if you choose the moment they’re cutting the cake to tell them it’s over. Do it the week before and save yourself cash and trouble.

And when they’ve gone to that trouble for you, hold off before giving yourself the only gift you truly wanted and dumping their ass. Instead accept your tribute humbly and kick them to the kerb exactly a fortnight later.

If you haven’t bitten the bullet and chucked your significant other by early February brace yourself for a day of unavoidable forced romance. Nobody calls it off on February 14th because they’d be branded a heartless monster and be blacklisted by dating apps, and rightly so.

A tough choice for many reasons, not least because you’re staying with their parents. However the whole of December is a no-split zone because with each passing day you’re deeper into the obligation to be merry, festive and not a heartless twat. Wait until January unless you’re Jewish, Muslim or Hindu, in which case dump away.

Funerals lay a solidly depressing foundation for bad news, but still the announcement that you want to see other people makes things worse. It’s not even acceptable if they’ve got an enormous, elderly family who are popping their clogs every Tuesday. Postpone being a heartless bastard until the week after.

Even if you had an epiphany the night before that what felt like love was merely loathing,  you can’t break up on your wedding day because it would let all the guests down, and they’re expecting free stuff. You might as well stay married for 10 hate-filled years now.