Unclogging the shower drain, and five other things James McAvoy could make sexy

HAVING given all Britain the horn simply by drying a dish on The Great British Bake Off, here are other mundane activities James McAvoy could turn into pure filth:

Reading out the phone book

The Scottish actor would likely laugh at such a ridiculous prospect, before dutifully getting down to the job at hand and making you yearn for him even more. ‘I didn’t know they still published these things’ he’d joke after a couple of pages, before you ask him to skip to the suggestive names you’ve already highlighted so you can finish yourself off.

Being overly attentive to your car is often a mood kill, and that’s because you’re not doing it with the cool self-assuredness James McAvoy would bring to the table. Watch and learn as he smoothly removes the dipstick and effortlessly wipes the oil on a cloth that’s coyly hanging out of his back pocket. ‘Everything looks fine’ he’d smile, and he’d be right.

Patiently waiting to cross the road

Your evident frustration at waiting for the little man to turn green isn’t going to seduce anyone. Meanwhile James McAvoy exudes raw animal magnetism simply by standing there thinking about what he’s going to have for lunch. And probably brings traffic to a literal halt with the force of it, the sexy bastard.

Being in f**king X-Men movies

Even among superheroes the X-Men are regarded as pretty damn nerdy, but everyone still watched the Scots heartthrob and not even a skull cap could dent his sex appeal. Admit it, you’d let his Charles Xavier scan your dirty mind with his telepathic powers any day. 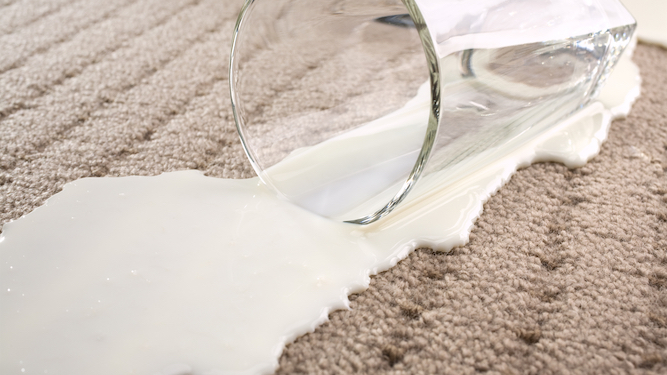 A WOMAN who spilt a full pint of milk onto carpet has set fire to her own home rather than deal with cleaning up the f**king mess.

Carolyn Ryan dropped the glass of semi-skimmed milk, briefly considered the lengthy process of wiping, soaking, and scrubbing that would be necessary, and got a bottle of barbecue lighter and a box of matches instead.

She explained: “It went everywhere. All over the floor, up the walls, behind the radiator, under the settee, f**king everywhere.

“I considered using a whole roll of kitchen roll just to soak it up, then the hands-and-knees scrubbing, then using bicarbonate of bloody soda or whatever to stop it stinking on hot days in five years’ time. And I couldn’t.

“So I just doused the room in lighter fluid, threw in a lit match and walked away. No more mess. No more being stuck with the stench of stale milk for the rest of my life.

“It’s like the time I dropped a whole jar of pasta sauce, walked out, closed the door behind me and put my house on the market. There was no way I was dealing with that, so I said goodbye to my partner and kids and started a new life in Spain.

“I’ve been living in a cardboard box since the fire, but no regrets. Plus, if I spill anything in here, I just go and grab myself a new home from round the back of Aldi.”